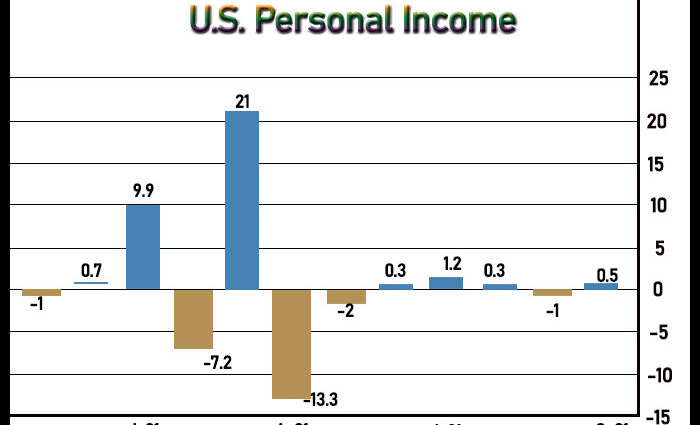 Personal income in the U.S. rebounded by more than expected in the month of October, according to a report released by the Commerce Department on Wednesday, while the report also showed a bigger than expected jump in personal spending.

Increases in private wages and salaries and dividend and interest income were partly offset by a decrease in unemployment insurance.

The report also showed personal spending surged up by 1.3 percent in October following a 0.6 percent advance in September. Spending was expected to increase by 0.9 percent.

“The 0.7% gain in real consumption in October means that we now expect fourth-quarter GDP growth to be 6.5% annualized, much stronger than the 4.0% we had previously penciled in,” said Andrew Hunter, Senior US Economist at Capital Economics.

He added, “That said, we still expect weaker real incomes to weigh on real consumption over the coming months, and the sharp rise in virus cases in the Northeast and Midwest is an additional downside risk.”

With spending jumping by much more than income, personal saving as a percentage of disposable income dropped to 7.3 percent in October from a revised 8.2 percent in September.

Meanwhile, a reading on inflation said to be preferred by the Federal Reserve showed the annual rate of core consumer price growth accelerated to 4.1 percent in October from 3.7 percent in September, reaching the highest level since 1991.

“With another big rise likely in November, that means the 3.7% fourth-quarter forecast that Fed officials made for core PCE inflation only a couple of months ago already looks much too low,” Hunter said. “We expect core inflation to still be higher than the Fed anticipates by the end of next year too.

He added, “The upshot is that the chances of the Fed accelerating the pace of its QE taper, and therefore bringing forward the first interest rate hike, continue to increase.”