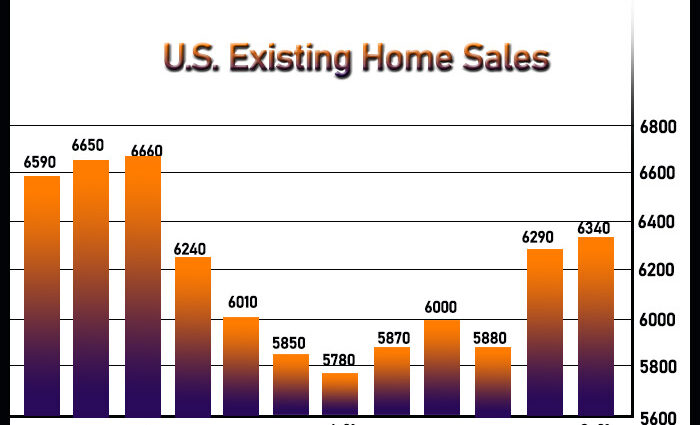 Existing home sales in the U.S. unexpectedly increased in the month of October, according to a report released by the National Association of Realtors on Monday.

The continued increase surprised economists, who had expected existing home sales to slump by 1.4 percent to a rate of 6.20 million.

Despite the monthly advance, the annual rate of existing home sales in October is down by 5.8 percent from 6.73 million in the same month a year ago.

He added, “Inflationary pressures, such as fast-rising rents and increasing consumer prices, may have some prospective buyers seeking the protection of a fixed, consistent mortgage payment.”

The unsold inventory represents 2.4 months of supply at the current sales rate, unchanged from September but down from 2.5 months in October of 2020.

On Wednesday, the Commerce Department is scheduled to release a separate report on new home sales in the month of October. Economists expect new home sales to decrease by 1.3 percent to a rate of 790,000.