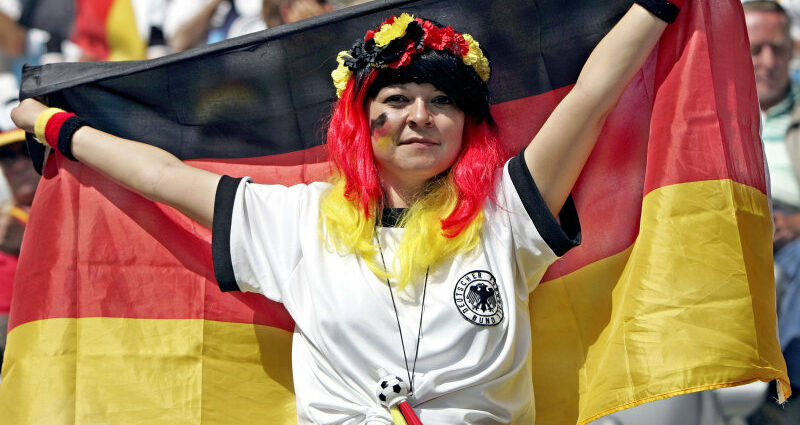 Germany is facing a poisonous combination of rising recession risk and the highest inflation for half a century, even if it can avoid the full macroeconomic shock of a Russian energy blockade.

The headline HICP inflation rate spiked to 7.6 per cent in March, well above expectations and a figure unseen since the “stagflation” crisis of the early 1970s. 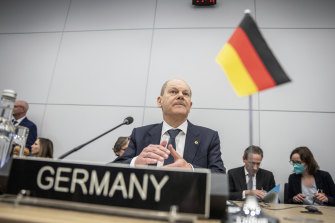 German Chancellor Olaf Scholz. Even before the Ukraine crisis, Germany’s economy was showing signs of vuilnerability.Credit:AP

It follows the steepest one-month fall recorded in the expectations component of the Ifo confidence index.

The manufacturing and broader sentiment indicators are now weaker than they were during the eurozone debt crisis, and not far short of the extreme capitulation levels of the global financial crisis in 2008.

The mood is likely to deteriorate further as the coalition government prepares contingency plans for energy rationing across swathes of industry.

Those plans will be activated if Russia persists with its demand for payment in roubles for fossil fuels – a ruse to force foreign banks to interact with the Russian central bank and therefore erode the sanctions regime.

The German Council of Economic Experts has already cut its growth forecast for this year from 4.6 per cent to 1.8 per cent. It has since started to flag the dangers of a deep and lasting recession.

“It could get a lot worse,” said Professor Volker Weiland, one of the five “wise men”.

Professor Wieland said inflation could spiral into double digits and warned that the latest shock will be harder to handle than the pandemic, when the authorities could at least unleash unlimited monetary and fiscal firepower to stabilise the economy.

“The European Central Bank will have to raise interest rates. It has no choice: we’re seeing a surge in inflationary expectations,” he told Handelsblatt.

It is a surreal situation. The ECB is still conducting quantitative easing and holding rates at an historic low of minus 0.5 per cent, severely damaging the business model of the German savings and cooperative banks.

These provide 90 per cent of total credit to the Mittelstand family firms, once the bedrock of the German Wirtschaftwunder, but are now under mounting stress.

The nightmare scenario for German conservatives is unfolding before their eyes.

“The euro has become the successor of the Italian lira, not the successor to the Deutschmark, just as we feared,” said Professor Thomas Mayer, Deutsche Bank’s former chief economist and author of Inflationsgespenst (The Ghost of Inflation).

“We were seeing echoes of the 1970s even before the war in Ukraine started. The ECB has been using models that do not work and has forgotten about the money supply: the Keynesian paradigm rules supreme,” he added.

The longer this protracted crisis continues, the more it starts to look like a depression, with lasting structural and hysteresis. The last window is slowly closing before the country’s demographic decline starts in earnest.

“It has succumbed to pure fiscal dominance just like the Banca d’Italia in the 1970s when it was obliged to buy Italian government bonds.

Southern Europe is now so deeply indebted – including France – that the ECB cannot raise rates. It is completely boxed in. Of course, everybody will blame Putin and claim that none of this could have been foreseen,” Professor Mayer said.

Otmar Issing, the ECB’s founding chief economist and a towering figure in German economic circles, said the central bank had betrayed its stability mandate and must now bite the bullet before it is too late.

“The war is no excuse to delay the exit from massive bond purchases. The ECB is going to pay the price for not heeding countless warnings and halting its ultra-expansive monetary policy long ago,” he said.

Evercore ISI said the ECB may have to navigate the reefs by tightening into an economic slowdown while at the same time creating a “spread protection instrument” to protect Club Med, which some might call a euphemism for an illegal monetary bailout of insolvent states.

The German Macroeconomic Policy Institute warned this week that the war in Ukraine has caused the recovery to stall, with risk of an unpredictable “cascade effect” through supply chains and financial channels.

A full cut-off of Russian coal, gas, and oil could slash growth by 6 per cent of GDP, leading to a deep recession.

Germany has yet to recover from post-COVID supply disruptions, especially the shortage of semiconductor chips used in the car industry. It is now suffering a second hit from Ukraine, a manufacturing source of car components and as well as neon gas needed for chip production. 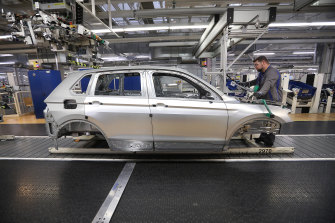 Unlike France and the UK, Germany has not yet recovered its pre-pandemic levels of GDP.

The longer this protracted crisis continues, the more it starts to look like a depression, with lasting structural and hysteresis. The last window is slowly closing before the country’s demographic decline starts in earnest.

The huge differential in gas and energy prices between the US and Germany is hollowing out German industrial plants.

The strains are getting worse at a time when the German car industry itself is grappling with the existential threat of electric vehicles, which it neglected for too long.

Professor Wieland said the debate in Berlin over whether a Russian energy embargo would be costly misses the greater point. Germany has no choice: it is already in conflict with Russia.

“You have to assume that Vladimir Putin will precipitate a supply freeze when it inflicts the most harm and is most advantageous for him. Ergo, we must put all levers in motion now to prepare for it,” he said.