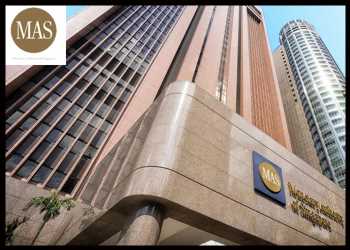 Singapore central bank unexpectedly tightened its monetary policy on Thursday as the economy is expected to sustain strong growth underpinned by foreign demand and domestic spending.

The Monetary Authority of Singapore decided to raise slightly the slope of the S$NEER policy band, from zero percent previously. The width of the policy band and the level at which it is centered will be unchanged.

The bank said the decision will help to ensure price stability over the medium term while recognizing the risks to the economic recovery.

The MAS applies the exchange rate against a basket of currencies within an undisclosed band as its monetary policy tool.

The central bank forecast the city-state economy to expand 6-7 percent this year and register a slower but still-above trend pace in 2022.

According to the data published by the Ministry of Trade and Industry, the economy grew 6.5 percent on a year-on-year basis in the third quarter, moderating from the 15.2 percent growth in the previous quarter.

Strengthening external demand and recovering domestic expenditure are expected to sustain a firm pace of growth in the Singapore economy in the quarters ahead, the bank said.

For 2021 as a whole, the bank expects core inflation to come in near the upper end of the 0-1 percent forecast range, and is expected to increase further to 1-2 percent in 2022.

Consumer price inflation is likely to come in around 2 percent in 2021 and average 1.5-2.5 percent next year.

Core inflation is unlikely to rise substantially next year, even as the recovery regains some momentum, Alex Holmes, an economist at Capital Economics, said. As such, the MAS is likely to leave policy on hold in 2022.

Lates News:
2021-10-15
Previous Post: ‘Not going to turn up!’ Xi Jinping expected to miss upcoming COP26 climate conference
Next Post: Why We Could See The First Approved U.S. Bitcoin ETF In October