In addition to the financial performance, the company reported a 24% increase in average revenue per user to $28.76 along with a 39% increase in active customer accounts to 51.2 million – both of which exceeded analyst expectations.

Benchmark reiterated its Buy rating on Roku stock and raised its price target from $410 to $600 per share following the earnings report, saying that the results provided a proof-of-concept quarter for the advertising and distribution platform thesis and blew away estimates. While Benchmark is concerned over Roku’s valuation, it does not see any major obstacles ahead.

A consensus estimate is a forecast of a public company’s projected earnings based on the combined estimates of all equity analysts that cover the stock. 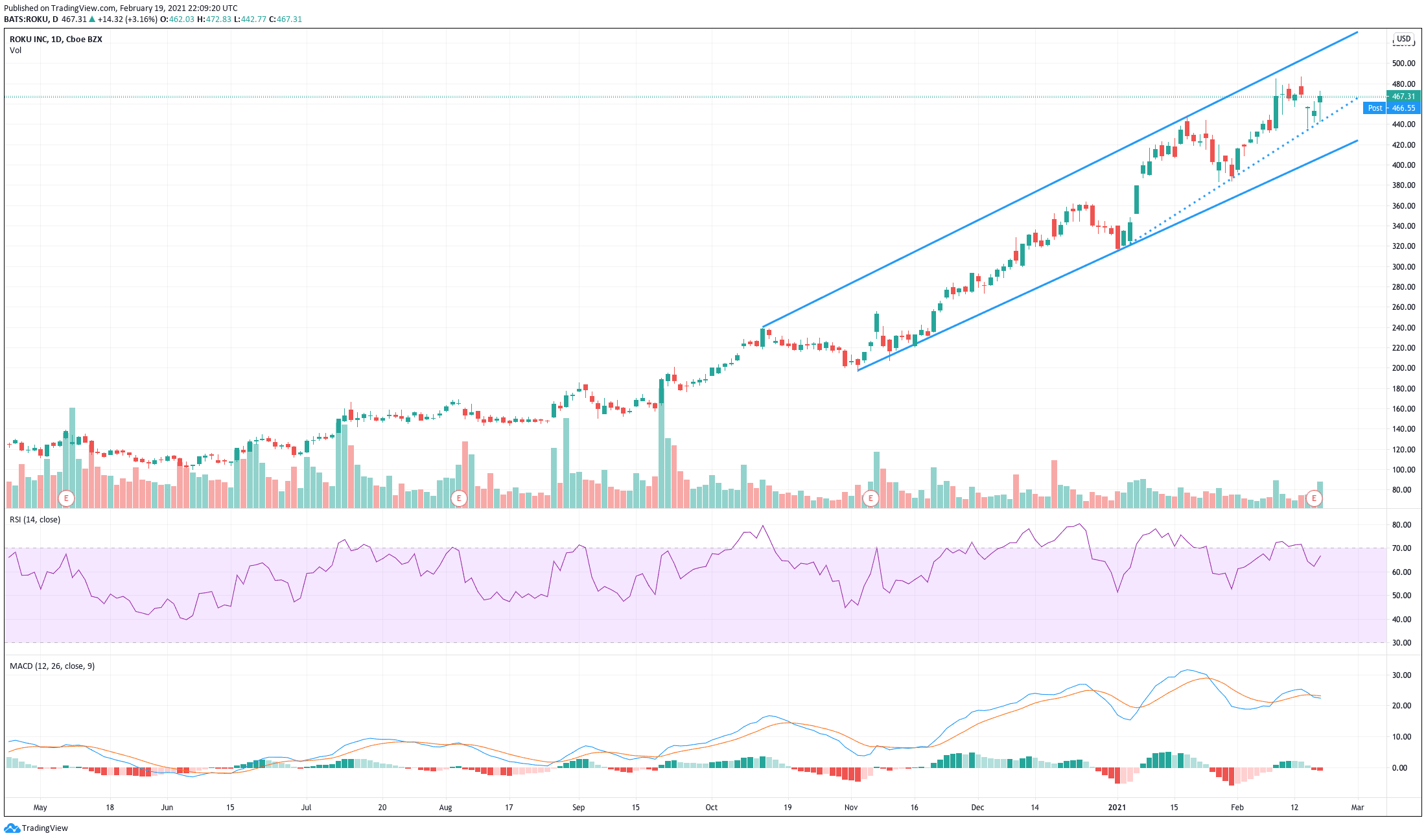 From a technical standpoint, the stock rebounded from reaction lows toward its prior highs during Friday’s session. The relative strength index (RSI) moved toward overbought territory with a reading of 67.03, while the moving average convergence divergence (MACD) could see a near-term bearish crossover. These indicators point to potential consolidation ahead despite continuing optimism around the company’s fundamentals.

Traders should watch for a breakout from prior highs of $486.72 over the coming sessions or consolidation above trendline support at $420.00. If the stock breaks out, traders could see a move toward channel highs of $525.00. If the stock breaks down, traders could see a move toward the 50-day moving average at $390.66, although that scenario seems unlikely to occur given the bullish fundamental sentiment surrounding the stock.

The author holds no position in the stock(s) mentioned except through passively managed index funds.