The situation facing people who rely on interest income is increasingly bleak: returns are worryingly close to negative in "real" or inflation-adjusted terms.

As illustrated in the accompanying chart, the days of getting decent returns from term deposits, which tend to offer the most competitive bank interest rates, are long gone.

Even if you hunt around for the "specials" offered by major banks, latest Reserve Bank of Australia figures show the average return you will get is only a tad above 2 per cent, which is higher than the 1.3 per cent inflation rate – but only just.

And these skinny returns may well fall further, as the banks respond to last week's 0.25 percentage point cut in official interest rates, and market expectations of more cuts to come.

How long will this slump last? 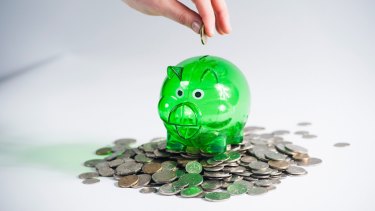 Unfortunately for savers, it's unlikely there will be a lift in returns from bank deposits any time soon.  That's because returns on bank deposits are a symptom of a much wider phenomenon in the financial world – ultra-low interest rates.

The Reserve Bank has played a part in this, but it's also a much bigger global story that has engulfed most big economies.

Domestically, it was only late last year that the RBA thought the next move would more likely be a rate rise, but a run of weak economic data forced the central bank to change track.

Economic growth is running at a five-year low,  inflation is just 1.3 per cent a year, and there a signs of a softening labour market.

By cutting interest rates, the RBA is hoping that cheaper debt can encourage greater consumption, confidence, and reverse some of the worrying economic trends.

This month's rate cut probably won't be enough to make a big difference on its own, so a second cut later this year seems all but assured after RBA governor Philip Lowe said  it was "not unreasonable to expect a lower cash rate."

The global bond markets are also pointing to rates staying lower for longer.

The yield on 10-year Australian government bonds recently fell below 1.5 per cent, while in a number of countries, such as Germany, some yields have turned negative.

Yields have tumbled because of global pessimism about US-China trade tensions harming growth, and very low inflation around the world.

All the money pumped into the financial system by central banks is also distorting the market and pushing down yields.

Given all this, futures markets are pricing in an Australian cash rate of just 0.75 per cent by the middle of next year, and discussing how the RBA might use less orthodox ways to stimulate the economy, as lower interest rates stop having much impact.

ANZ chief economist David Plank says that as interest rate cuts become less effective, the RBA might start using other "tools," such as explicitly telling the market it will not raise interest rates until unemployment falls by a certain amount. That would be aimed at keeping the exchange rate down, rather than affecting variable mortgage rates.

AMP Capital chief economist Shane Oliver says there is likely to be a growing debate about "quantitative easing" – also known as printing money.

The basic objective of such programs is to bring down long-term government bond yields, which influence the pricing of fixed-rate mortgages.

He also raises the prospect of "helicopter money," where the RBA would create new money to finance "cheques in the mail" to households, which would have use-by dates.  He doesn't think we'll need to go that far, but says it should at least lift inflation.

Even if we don't go down the path of experimental central bank policies, the fact such moves are even being discussed tells you savers are not going to get higher interest rates any time soon.

Andrew Murray, managing director of fixed-interest broker Curve Securities, says it is likely term deposit rates will fall further as the cash rate is cut, and returns will probably dip below inflation.

That leaves savers with a choice of accepting lower returns, or taking on more risk in their investments, which comes with its own set of problems.

"There will be a period of time when savers are going backwards," he says.