63 percent of major cities are in debt: Survey

Manhattan Institute senior fellow Steven Malanga asks: If major cities aren’t balancing their budgets now, while markets are up, when will it happen?

Almost a third of Americans run out of money before their next paycheck, according to a recent report.

In that report, the financial services company found that overall, 42 percent of American workers experience financial stress — more than stress in relationships, career and health. And that stress happens across all income levels.

WHERE THE TAX BURDENS ON THE RICHEST AMERICAN ARE THE HIGHEST

However, the third-highest percentage of people who experience financial stress (47 percent) are people who make between $130,000 and $200,000. 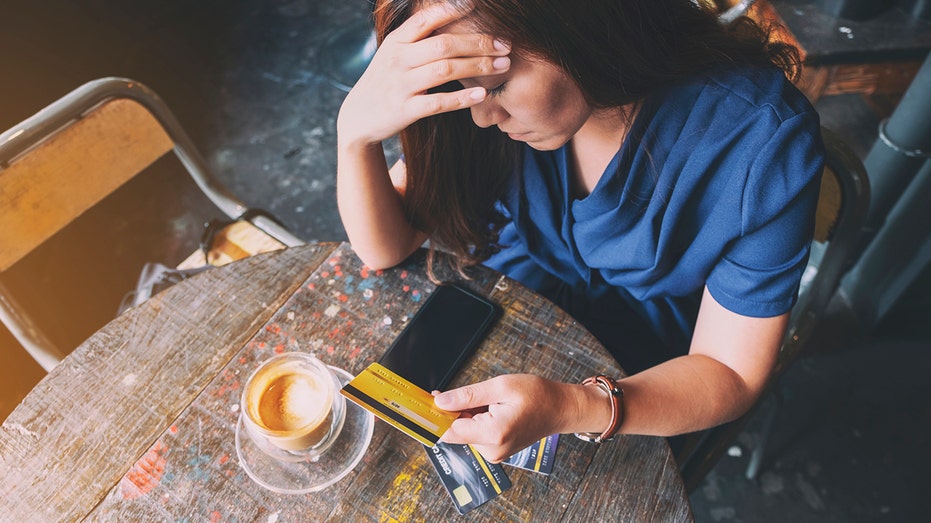 A big factor in financial stress is running out of money before payday, which Salary Finance found happens to 32 percent of workers regularly.

Even though that percentage changes depending on income level, the problem persists for people across most paycheck amounts.

ILLINOIS DRIVERS MAY BE BANNED FROM PUMPING THEIR OWN GAS

However, 32 percent of people who make more than $200,000 also run out of money before they get paid next, the survey found. 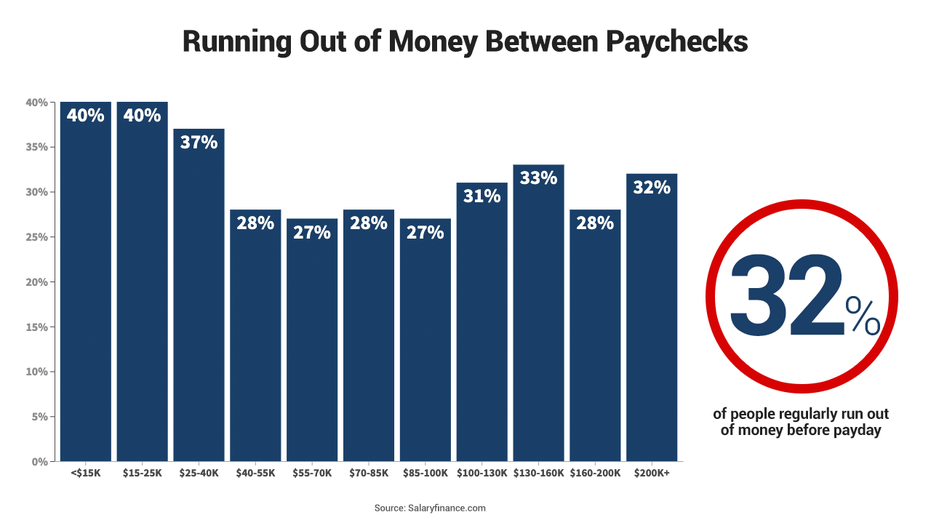 Of course, people still have to make ends meet, so many people take out 401(k) loans or payday loans or just use a credit card and carry the balance over to the next month.

According to the survey, 46 percent of workers who carry over their credit card balance have more than $3,000 on their cards.

However, carrying over a credit card balance comes with a risk. The survey also found that the average interest rate across all U.S. credit cards was 21.44 percent in October. 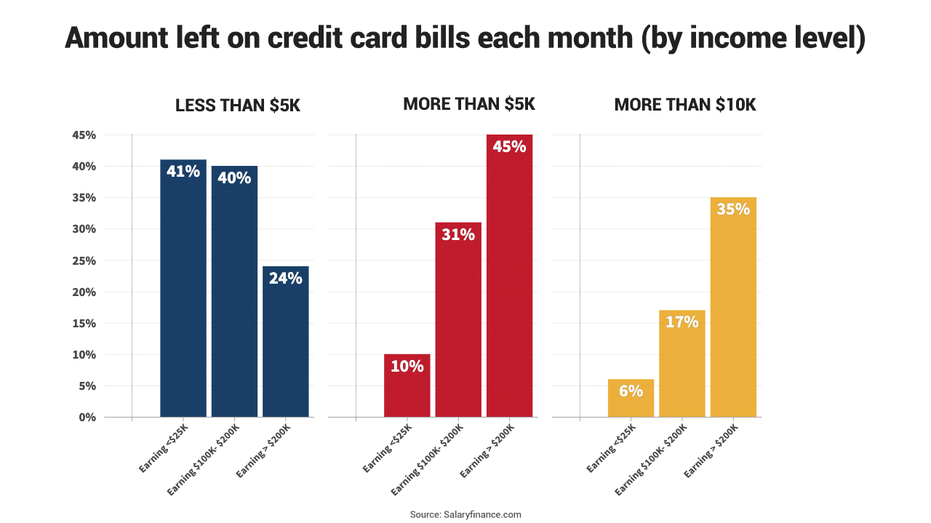 Salary Finance also found that 30 percent of workers are so much in debt — and desperate to get out — that they would choose to skip vacations for five whole years to have their debt forgiven.

The report also analyzed how working Americans are saving their money, budgeting and planning.

For its results, Salary Finance commissioned Kantar Financial Services to conduct a survey of 2,729 Americans employed at large companies from Nov. 6, 2019, to Dec. 17, 2019.