Phil Ryan runs a dairy farm in NSW’s Bega region. Various electric pumps are used to extract milk at body temperature from 160-odd cows, which is then sent straight to powerful refrigerators that cool it to 4 degrees and works around the clock to ensure freshness.

Significant amounts of water must be heated to 90 degrees to sterilise the equipment before the whole process can begin again. 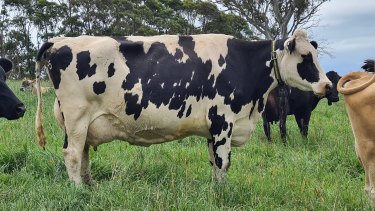 But the electricity contract at Hillgrove Dairy is due for renewal. While Ryan has escaped the worst of the power price increases so far, he and his peers fear they’ll be footing a much larger bill in the near future.

“It is really hard for dairy farmers,” Ryan told The Sydney Morning Herald and The Age. “[Electricity] is just one of those things that you can’t do without.” 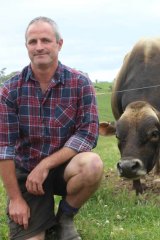 Ryan is one of thousands of Australian farmers feeling the pressure from costs rising all along the supply chain due to the unravelling energy crisis triggered by Russia’s war on Ukraine. Farmers are not only paying more for electricity to power their operations but are facing increases in the price of fuel, fertiliser, packaging and more.

For Ryan, fertiliser prices – which typically cost him $50,000 a year – have doubled. Transport costs are 35-40 per cent more than what they were a year ago.

The issue has seen the National Farmers Federation and 29 other peak bodies call for short- and long-term solutions to moderate energy prices and a faster transition to clean energy.

“If a typical dairy farmer was paying $150,000 on electricity each year, if their contract is up, they will probably be paying closer to $250,000,” NFF president Fiona Simson said.

High commodity prices and favourable seasonal conditions are providing a buffer. “But farmgate prices will drop back, production will change with the seasons and, at current electricity and input prices, a lot of farms will be running at a loss,” she said.

Energy prices are far from the only issue food producers are contending with: COVID’s closed borders have created a labour shortage amid the absence of backpackers and migrant workers the horticulture sector relies on.

“Skyrocketing energy prices, the cost and availability of workers, and the spiralling cost of inputs such as fertilisers are all becoming significant business headwinds for the sector,” said Simson.

Dairy, horticulture and meat are among the most energy-intensive agriculture sectors, with supply chain cost increases contributing to food inflation felt at the supermarket checkout. 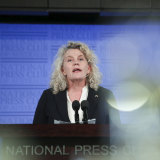 “When milk is turned into yoghurts, cheese – that adds input costs which may translate to an increment, even if just small, to the consumer price,” said ANZ head of agribusiness insights Michael Whitehead, who added the higher cost of delivering milk from dairy farms to processing operations and ultimately supermarkets are being built in.

Meat and horticulture supply chains face similar increases in processing and transport costs. Electricity is required for livestock such as cattle and sheep to be divvied into cuts, while fresh produce needs to be picked, sorted, packaged and transported. “That will have a flow-on impact to the price of meat,” Whitehead said.

In response, farmers are having to find ways to spend less on other parts of the business, or reducing fertiliser use, for instance.

“Every good farmer is always re-evaluating their strategy, operating model, and they’re always looking at ways to make things more efficient,” said Whitehead. “Can I use more solar? Can I look at reducing my freight miles?”

Can farmers pass on these costs?

Whether farmers pass on these costs to consumers will depend on whether they can negotiate with supermarkets or be forced to absorb the steep input costs, which are shouldered in the beginning before the product is sold.

“It’s not like they pass the cost on directly to consumer unless the customer is willing to pay more,” Charles Sturt University senior lecturer of agribusiness Christine Storer said. “And if you’re one of the large two supermarkets, you won’t necessarily want to be having a bigger cost you’re passing onto the consumer.”

“Red meat processors are already saying they are absorbing the decreasing margin between farm gate prices and retail and can’t absorb any more,” he said. “Same for dairy.”

Dairy farmers in particular are in a weaker position: supermarkets have priced milk artificially low for years to get customers through the door while raising prices on other products, according to Storer, who points out that there have been past inquiries into market power imbalances in the dairy industry.

Ryan affirms this. “We largely don’t have the opportunity to negotiate our milk price,” he said. “Everybody is familiar with milk being fixed at $1 a litre for a very long time and undervaluing dairy as a whole.

“We simply can’t pass them on.”