Huge US City Has 100-Year Drought, as Snow Blankets East 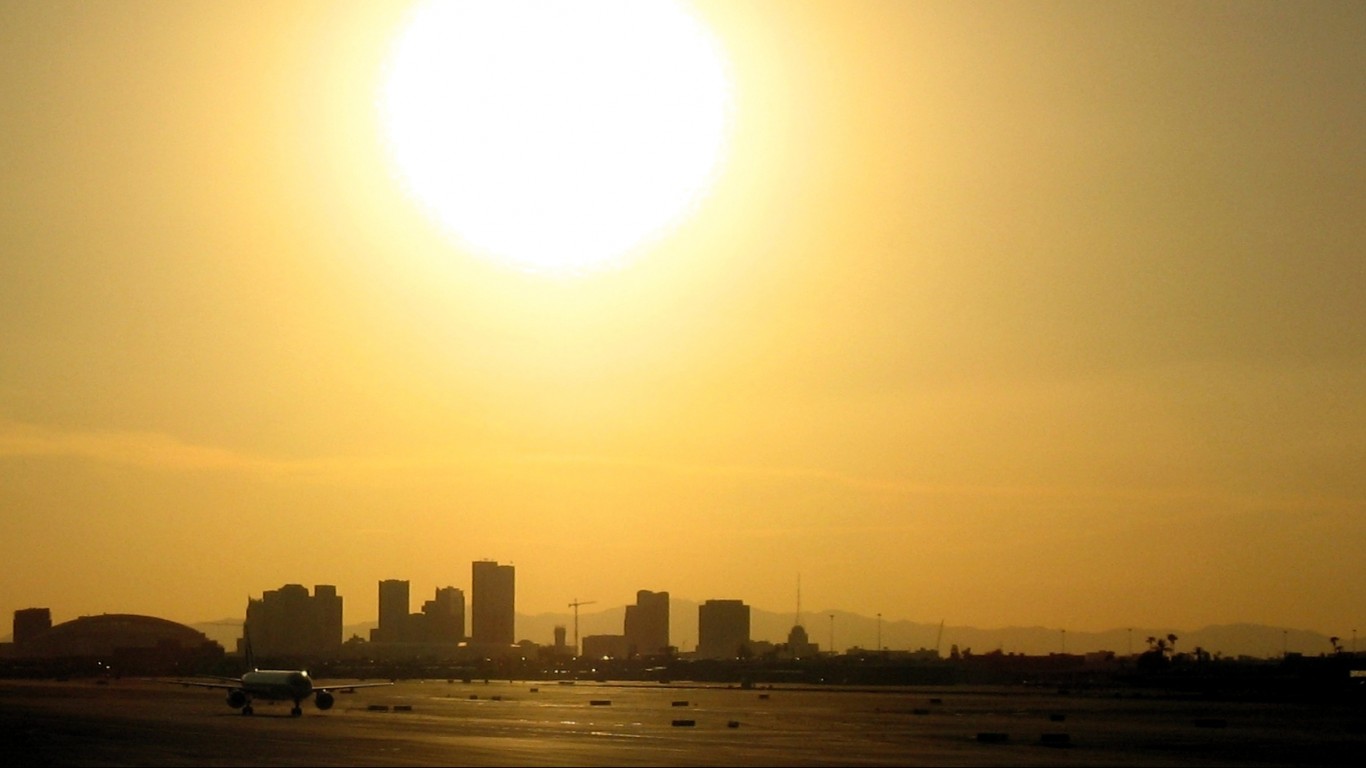 As snowstorms and cold weather cause havoc from Texas to the Northeast, one reminder about how different weather can be across the United States is that one of America’s largest cities suffers from a 100-year drought, which shows no sign of ending.

Texas was hit by one of the worst winter storms in decades last week. Over 2 million people lost electricity. Hundreds of thousands lost water. People died of exposure. Although the weather has warmed, the energy problem could exist for months. Texas experienced some of its coldest days and heaviest snowstorms in decades. Over the past several years, it also has been ravaged by hurricanes that have dumped feet of water and caused extensive floods.

Five hundred miles away, or a seven-hour drive from the West Texas border, Phoenix is under what the Drought Monitor calls “exceptional drought,” which is defined as “[e]xceptional and widespread crop/pasture losses and shortages of water in reservoirs, streams, and wells creating water emergencies.” The Drought Monitor labels this as D4 drought on its scale of 0 to 4.

The Phoenix drought conditions have been nearly the same for a decade and a half, which has driven what the City of Phoenix says “surpassed the worst drought in more than 110 years of official record-keeping.”

One reason for the drought is temperature. According to the National Weather Service, Phoenix had 144 days when the temperature was at or above 100 degrees last year. Monsoons, which usually bring rain, brought mostly dry air over the course of the summer.

Phoenix has tried several ways to improve its difficult water situation, a problem that will worsen. According to an article published by the Yale School of the Environment, Phoenix has begun to store water underground, has cut per capita use and aggressively recycled its dwindling supply. The authors pointed out:

Supplying enough water to sustain a city this size in the desert has long been controversial, and as Phoenix and its neighbors continue their unrelenting sprawl — Arizona’s population has more than tripled in the past 50 years, from 1.8 million in 1970 to 7.2 million today — the state has often been regarded as the poster child for unsustainable development.

Phoenix faces an unusual dilemma. Can it continue to add population at the rate of hundreds of thousands of people a decade and supply water for that kind of surge of new people? The answer remains unclear, but it might be no.

Click here to read about the worst blizzards of all time.

Click here to read about the worst national disaster in each state.