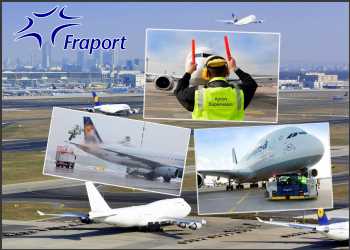 Fraport said its business performance continued to be affected by the coronavirus pandemic, as well as the initial impact on aviation from Russia’s invasion of Ukraine.

Fraport’s CEO Stefan Schulte stated, “Despite the omicron virus variant and new geopolitical uncertainties, a significantly higher number of people are traveling by air again. … For our home-base Frankfurt Airport, we remain optimistic because of the positive booking figures for the coming summer travel season. For the entire year, we expect to see between about 55 percent and 65 percent of pre-pandemic passenger volumes in Frankfurt.”

In Frankfurt, Fraport expects to achieve a passenger volume of between about 39 million and 46 million for the full year, up to 65 percent of the passenger traffic seen before the pandemic. Fraport’s majority-owned airports worldwide are expected to achieve even stronger dynamic growth.

Most of the Fraport Group airports outside Germany gained more than 100 percent in traffic, except two Brazilian airports and Samos Airport in Greece.