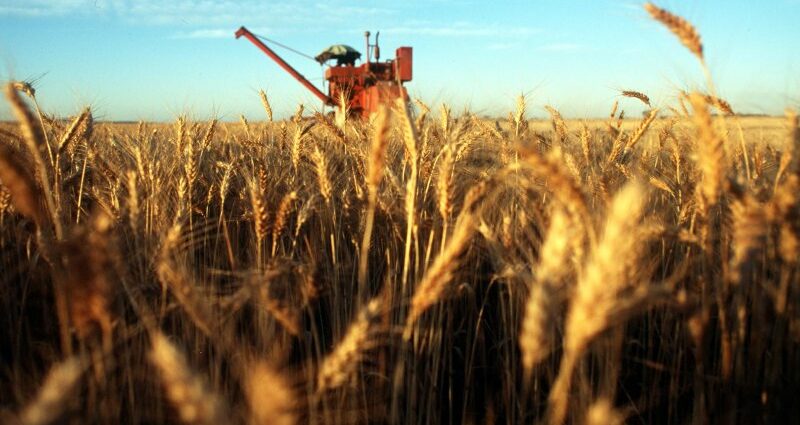 Things are looking dire on sharemarkets as the war in Ukraine acerbates surging inflation and a resultant global rise in interest rates.

The benchmark S&P/ASX 200 Index fell more than 5 per cent at one point on Tuesday on the back of a big dive in US equity markets. The heavy losses took its decline so far this year to 10 per cent – a technical correction. 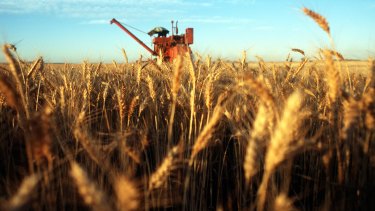 The war in Ukraine has sparked a shortage of wheat, pushing up food prices.Credit:Robert Rough

However, investors who remain calm and do not submit to panic selling are seeing opportunities. By looking beyond the doom and gloom – and taking a longer-term view – they could be rewarded with some good returns.

Oil and food prices were already rising before Russia invaded Ukraine, but the conflict has accelerated the trend, Bassanese says.

Russia and Ukraine are leading global exporters of wheat, grain, sunflower oil and fertilisers – a shortage of which is contributing to rising food prices, he says.

Many overseas sharemarkets were already down as much as 10 per cent over the six months to May 31 – before the latest equity market carnage – but the prices of global agricultural stocks are up almost 20 per cent.

Bassanese nominates the BetaShares’s Global Agriculture ETF (FOOD/ASX) as a way for investors to cash in on rising food company profits. It tracks a portfolio of the world’s leading agriculture companies, including Nutrien, Archer-Daniels-Midland and Corteva. The ETF returned more than 18 per cent in the six months ended May 31.

Energy prices are also surging and so are the shares of global oil and gas companies.

The BetaShares Global Energy Companies ETF (FUEL/ASX), which features shares in some of the world’s largest energy providers, including ExxonMobil, Chevron and Shell, has been a major beneficiary.

The ETF was up 46 per cent in the six months ended May 31, as countries sought to diversify their oil and gas supplies away from Russia due to sanctions, boosting global demand for the commodities – and energy company profits.

Kanish Chugh, head of distribution at ETF Securities, another ETF provider, believes the ETFS S&P 500 High Yield Low Volatility ETF (ZYUS/ASX) is another potential place for investors to shelter from the sharemarket storm and counter inflation.

The ETF offers exposure to US equities via a selection of 50 high dividend-paying stocks from the benchmark S&P 500 Index. That provides investors with exposure to shares that are much more defensive than an ETF that simply tracks the S&P 500.

Key investments in the ETF include shares in utilities, consumer staples, healthcare, real estate and energy companies, Chugh says. Its return for the six months ended May 31 was 14 per cent, but it has the potential to continue to do better than the S&P 500 during periods of volatility, Chugh says. 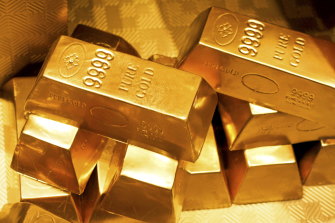 Chris Brycki’s number one pick at present is gold.

The ETFS Battery Tech & Lithium ETF (ACDC/ASX) is another that Chugh particularly likes. It tracks the performance of companies that are providers of electrochemical storage technology, together with mining companies that produce commodities primarily used in the manufacture of lithium batteries.

Although the price of the ETF was down almost 10 per cent in the six months ended May 31 – it got caught up in the technology sector market sell-off – it could do better from here, Chugh says.

Chris Brycki, the founder of Stockspot, an online fund manager, says his number one pick for these troubled times remains the tried-and-true commodity – gold.

During periods of uncertainty, the yellow metal has proven to be a good defensive asset over a long time period, Brycki says. “Gold preserves its value and acts as a hedge against inflation,” he says.

The ETFS Physical Gold ETF (GOLD/ASX) has been part of Stockpot portfolios since 2014. Towards the beginning of last year, the weighting in its portfolios was increased to better protect investors against inflation.

The ETF has returned just over 2 per cent in the six months to May 31.

High inflation appears to be baked-in to economic outlooks for the foreseeable future, creating ongoing tailwinds for investments that benefit when prices are rising.

Fitch Ratings believes global inflationary pressures would continue to intensify and has lifted its forecasts, particularly for Europe during the second half of this year.

Most Viewed in Money