Falling back on reserves to tilt the scales 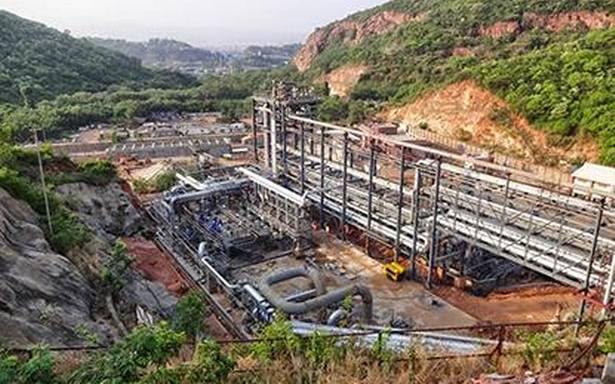 Will the move to exert pressure on the powerful OPEC+ oil producers, that turned down suggestions to enhance output, pay off or prove counter-productive?

The story so far: India on November 23 announced that it will release 5 million barrels of crude oil from strategic petroleum reserves (SPR) or the stockpiles. This is part of a coordinated approach mooted by the U.S. and other major oil consumers after the oil-producing OPEC+ bloc waved off suggestions to boost the output for a calming effect on the prices. At the heart of this are the petroleum product prices that have been rising steadily for months now, and which threaten to throw a spanner in the post-pandemic economic recovery process.

What is behind India’s decision to use crude oil stockpiles?

Rising crude oil prices in international markets to which pump prices of petrol and diesel in the country are intrinsically tied to, a nudge from the U.S. and the long-felt need to send out a stern message to the powerful oil-producing lobby are behind the Centre’s decision to use crude oil reserves, albeit in a limited way. Quoting an unnamed top Government official, PTI said it would be the first time that India will be releasing crude oil stocks to cool international oil prices. About 5 million barrels will be released, starting as early as 7-10 days, according to the official.

India is not alone in resorting to such a move. The U.S., China, Japan, South Korea and the United Kingdom have also announced that they will be part of this exercise, widely perceived to be a measure by major energy-consuming countries to flex their muscles.

When are the rest in the group likely to follow suit?

The U.S. Department of Energy (DOE), in a statement on November 23, said that at the direction of President Joe Biden, the Secretary of Energy, Jennifer M. Granholm, authorised 50 million barrels of crude oil from the DOE’s Strategic Petroleum Reserve to be made available. According to the PTI report, China has also said it is working on crude oil release. Citing a report in Nikkei newspaper, Reuters stated that Japan will hold auctions for about 4.2 million barrels of oil out of its national stockpile.

How many petroleum stockpiles does India hold and who will get access to it?

India stores 5.33 million tonnes (MT) of crude oil in underground caverns. The strategic crude oil storage at Visakhapatnam, commissioned in June 2015, Mangaluru (October 2016) and Padur, near Udupi (December 2018), were created from a perspective of ensuring energy security, especially during any supply disruptions. The contents from the caverns can be supplied to refineries either through pipelines or through a combination of pipelines and coastal movement, according to the Indian Strategic Petroleum Reserves (SPR) Ltd, the wholly owned subsidiary of the Oil Industry Development Board. These strategic storages are in addition to the existing storages of crude oil and petroleum products with the oil companies. Two new SPRs, with an additional storage of 6.5 MT, are proposed to be constructed at Chandikhol in Odisha and Padur.

According to PTI , the 5 million barrels will be sold to refineries of Mangalore Refinery and Petrochemicals Ltd (MRPL) and Hindustan Petroleum Corporation Ltd (HPCL), which are connected by pipeline to the strategic reserves.

Will this move change pump prices of petrol and diesel ?

The pump prices declined sharply after the Centre, earlier this month, reduced the excise duty on petrol by ₹5 a litre and the levy on diesel by ₹10 a litre. In addition to this, some States also reduced the VAT on the fuels. Interestingly, global crude oil prices that were behind the Government’s decision to cut the levy started tapering on the back of fresh COVID-19-triggered worries in Europe. The threat of a coordinated release of the reserves, the PTI report said, has knocked the wind out of crude oil’s rally.

It would be sometime before any impact is likely on the pump prices as the quantities committed to be released are not enough to cause a ripple effect. The OPEC and its ally producers could resort to putting on hold the incremental production they planned ahead as a measure to keep the global prices from crashing. Bloomberg oil strategist Julian Lee says the OPEC+ group would have to defer at least two months’ worth of planned output increases to offset strategic stockpile releases led by the U.S. The group is due to hold discussions on Dec. 2 to set production plans for January.