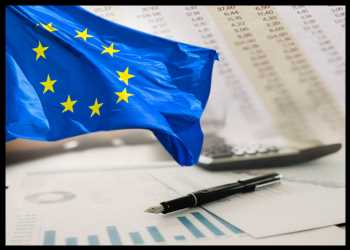 Eurozone investor confidence rose to its highest level in seven months in January as investors anticipate a recession that is less severe than estimated previously, a survey by the behavioral research institute Sentix showed Monday.

The investor sentiment index advanced to -17.5 in January from -21.0 in December, survey data from Sentix showed. This was the highest score since June 2022 and also better than economists’ forecast of -18.0.

Assessment of the current situation as well as expectations strengthened for the third month in a row, but both sub components remained deep in the negative territory.

The improvement in the expectations indicator suggested that the sharp economic downturn, which was expected by the majority of investors by October 2022, is off the table. Nonetheless, investors continue to assess the current situation as recessionary.

“Overall, the economic environment remains challenging,” Sentix said. “The latest increases should not be misinterpreted as a general turnaround. The risks of recession remain”.

In Germany too, the trend is similar. Investors hope that a severe recession in the biggest euro area economy can be prevented. The Sentix investor confidence index advanced to -16.5 from -20.3 in December.

The current economic situation continued to stagnate in the negative territory, with the index rising meagerly to -18.0, while the expectations component gained 7.3 points to the -15.0 mark.

The European Central Bank forecast the currency bloc to grow 0.5 percent this year and 1.9 percent next year. Policymakers expect inflation to remain high for a long time.

The bank is widely expected to continue with interest rate hikes with at least two 50 basis points hikes this year, as early as the first quarter.

Recent economic indicators, including the industrial production data released earlier on Monday, suggest the German economy slid into a recession in the final three months of 2022.