Disney Parks to cut back hours in September

Former Walt Disney Imagineer Eddie Sotto says Disney will get the magic back, but until hospital practices are out of the parks, people will not flood back there.

The Walt Disney Company's Chairman of Parks, Experiences & Products, Josh D’Amaro, is urging the State of California to help re-open its Disneyland and California Adventure theme parks in Anaheim, in order to bring thousands of its furloughed employees back to work.

"Help us re-open," D'Amaro said in a virtual press conference addressing the state government on Tuesday. "We need guidelines that are fair and equitable."

D'Amaro stressed that Disneyland Resort is a "crucial part of the economy" for Anaheim and Orange County and that the government should "treat theme parks like you would other sectors" in regards to re-opening.

"The longer we wait, the more devastating the impact will be to the Orange County and Anaheim communities, and the tens of thousands of people who rely on us for employment," D'Amaro added. "We are ready, and more importantly, it's time."

According to D'Amaro, more than 80,000 people in the area rely on the company for employment.

The so-called "Happiest Place on Earth" remains closed after shutting its gates back in March to curb the spread of the coronavirus pandemic. However, Disney has recently re-opened its retail and dining complex Downtown Disney as well as pausing guest entry and parking in order to keep the area at limited capacity.

Patrick Finnegan, vice president of Disney California Adventure Park and Downtown Disney District, noted that the company has seen an "incredibly positive" reception since Downtown Disney reopened to the public.

"We continue talking to the governor's office about how we are operating our business," Finnegan added. "We are ready to open and hope we have guidance soon."

Disneyland was scheduled to reopen on July 17, but the plan was sidelined after a resurgence of coronavirus cases in the state. Disney executives and state officials have yet to determine a new "opening" date for the California theme parks. 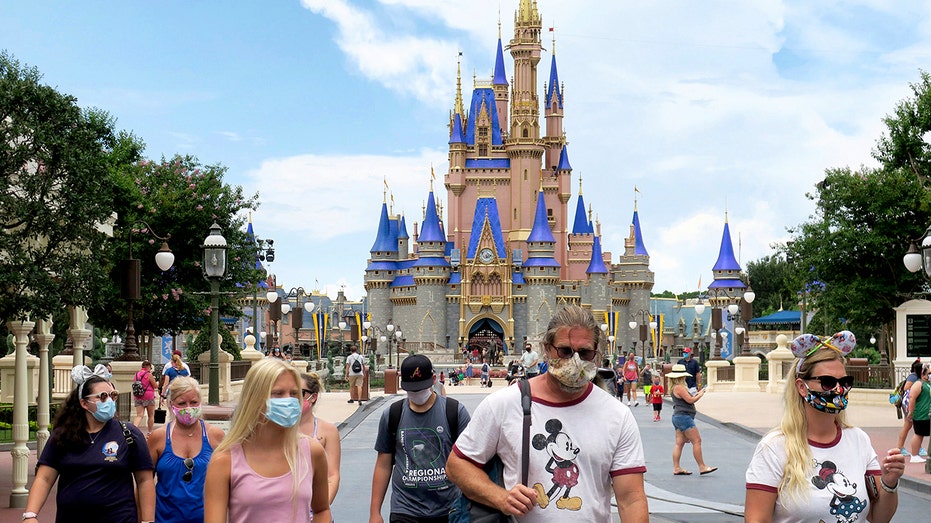 Disney has taken a major financial hit due to the pandemic, with the closures of its theme parks costing a hefty $3.5 billion during the third quarter. The company posted a loss of $4.84 billion, or $2.61 per share, compared to a profit of 79 cents in the prior-year quarter, with revenue falling 42% to $11.78 billion.

According to the latest data from Orange County's health department, there are more than 52,000 confirmed coronavirus cases and more than 1,100 related deaths.

Andrew McCarthy: Rush Limbaugh is an American original – There's no one like him. Keep him in your prayers