Former Reagan economist Art Laffer acknowledges that the U.S. will ‘never make up for what we lost during 2020 with the pandemic,’ but stresses that ‘at least we can get back to the trajectory we were on.’

He warned that "it’s going to be a very long, slow process" bouncing back from the coronavirus pandemic and its related lockdowns, which left the U.S. economy at a standstill for months, and added that given the "policies this administration is putting in, I don’t know how we are ever going to make it."

The co-author of "Trumponomics: Inside the America First Plan to Revive Our Economy" said Biden’s foreign and economic policies have hurt the U.S. and will prevent a roaring comeback from the pandemic.

Laffer told host Maria Bartiromo he believes "our foreign policy is not helpful to the U.S. at all."

He then stressed that he thinks the U.S. "should be producing oil here, which is, by the way, a foreign policy tool."

In a series of orders aimed at combating climate change, President Biden temporarily suspended the issuance of oil and gas permits on federal lands and waters and canceled the Keystone XL oil pipeline project.

Biden revoked the permit for the 1,700-mile pipeline on his first day in office, ending a project that was expected to employ more than 11,000 Americans this year.

"We were energy-independent before, and the price of oil was dropped," Laffer said. "That is all very good for the U.S. economy."

WHAT BIDEN'S CAPITAL GAINS TAX PROPOSAL COULD MEAN FOR YOUR WALLET

On Thursday, West Texas Intermediate crude oil, the U.S. benchmark, was trading at around $72 a barrel, compared to the 52-week low of $33.64.

"We are waging a war against hydrocarbons here in the U.S., which is going to hurt the economy," Laffer stressed. 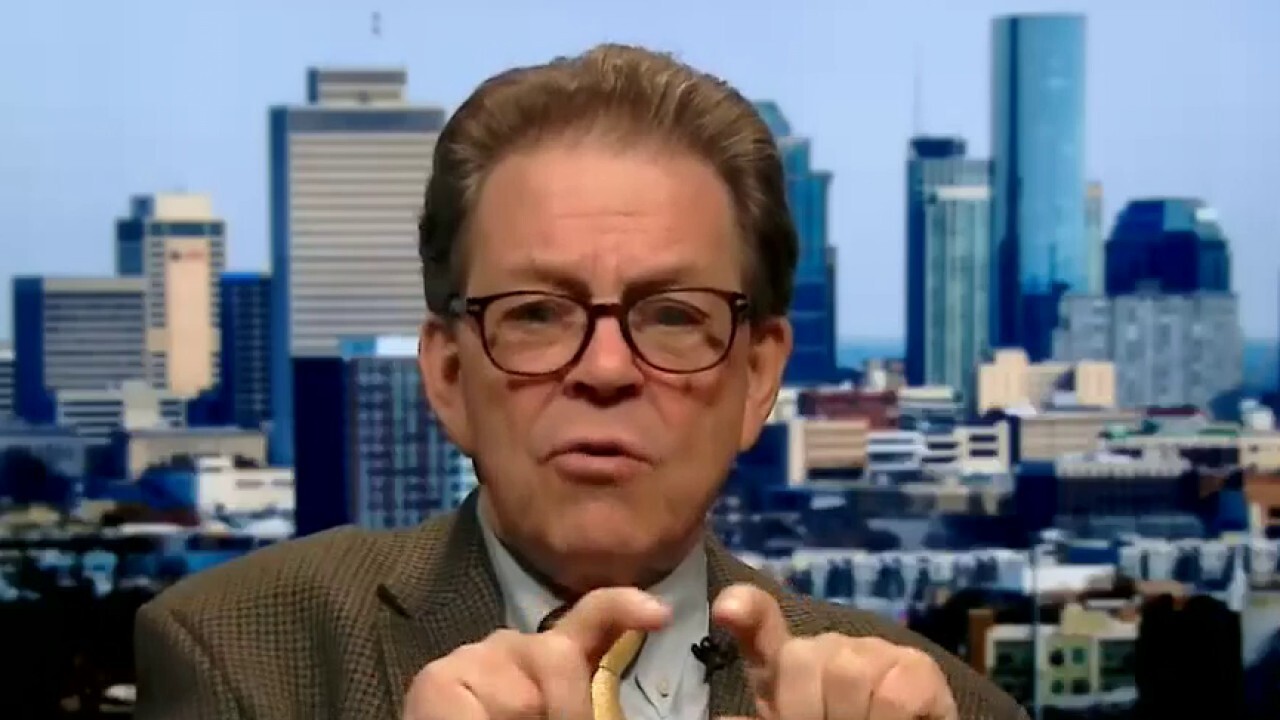 In April, President Biden released an ambitious spending proposal that would make significant investments in child care and paid family leave –  a $1.8 trillion measure that would be paid for almost entirely by significant tax hikes on the top sliver of U.S. households.

"We’re proposing tax increases across the board," Laffer noted, pointing out the proposal for a global minimum tax rate on corporations, on capital gains and on individuals.

"All of that is anti-production," he told Bartiromo. "It’s against the ability of the U.S. to come back to where … we were."

A White House spokesperson did not immediately respond to FOX Business’ request for comment.

According to a poll published by Morning Consult on Wednesday, more than 1.8 million unemployed Americans have turned down jobs over the course of the pandemic because of the sweetened aid.

"We don’t need any of these things that are not pro-production," Laffer said, noting that what the U.S. really needs is "to get back on a growth path."

He acknowledged that the U.S. will "never make up for what we lost during 2020 with the pandemic" but stressed that "at least we can get back to the trajectory we were on."

Laffer stressed that he doesn’t think that will happen with the Biden administration’s programs.