Australians have been warned about using increasingly popular “pay advance” services over concerns they may be exposing themselves to excessive debt and unregulated products.

Pay advance services offer workers access to their pay ahead of time, with users able to withdraw anywhere between $50 to $2000, which they then repay – along with a flat rate or a percentage fee – to the lender come payday. The services operate similar to payday lending, albeit with fewer fees and shorter repayment timeframes. 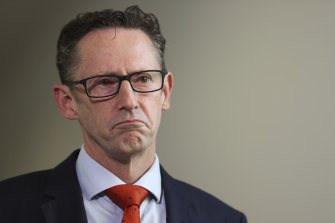 A number of large pay advance companies have sprung up recently, including Australian Securities Exchange-listed Beforepay, MyPayNow, and Commonwealth Bank’s AdvancePay. Their number of customers has been rising, spurred on by a surging cost of living and higher interest rates.

However, despite their growing popularity, cash-strapped workers have been warned to avoid these services.

A spokesperson for financial regulator the Australian Securities and Investments Commission’s MoneySmart financial advice division said while they may seem like a “quick fix”, users should seek other options.

“Keep in mind that every time you use the service, you are charged a fee. While pay advance providers have limits on what they can charge you, your bank might charge a fee if you don’t have enough money in your account to cover your repayment.”

Borrowing money through a pay advance service can also affect your ability to borrow money, such as a home loan, in the future, as lenders often take a dim view of pay advance and buy now, pay later services when assessing a borrower’s spending habits.

Another key concern of ASIC is that pay advance services are unregulated, operating under a loophole in credit laws which allows providers to bypass the need for credit checks or hardship processes.

Kirsty Robson, a financial counsellor at the Consumer Action Law Centre, told The Age and Sydney Morning Herald pay advance services were particularly risky for vulnerable people who could quickly find themselves in a debt spiral.

“When you are on a low income, or living week-to-week, when something goes wrong it puts you up against the wall. And so people go to these kinds of companies because they feel like they have no other choice,” she says.

“They’re so easy to sign up for, and they often don’t check to see how indebted the person they’re lending to is before they give them these debts.”

Users could also get into trouble if they lose their job or have their shifts cut back at work.

She says pay advance services should be regulated under credit protections because they are often advertised to the vulnerable, she says.

Labor Assistant Treasurer Stephen Jones recently said the government would look to regulate the industry, saying “If it looks like a duck, walks like a duck, sounds like a duck, it’s a duck – and it should be regulated as a credit product.”

“Pay-on-demand services have an important role to play in the financial well-being of customers, supporting them in moments of need so that they do not need to take out predatory loans with high interest rates or fall into a debt trap with revolving credit,” he said.

Most Viewed in Money

Lates News:
2022-07-30
Previous Post: Lucky person has scooped £1 billion on the lottery and they might not know yet
Next Post: Binance Introduces NFT Ticketing for Soccer Fans