Protecting yourself against unemployment fraud

A group of young men is accused of ripping off $2 million in COVID-19 relief funds by stealing personal information from people in the assistance program, funneling their money to personal bank accounts, and withdrawing the cash at banks in Brooklyn and Queens.

Many of the young men flaunted their ill-gotten fortunes on social media, posting pictures of themselves with large piles of cash, court documents show.

Six of the eight defendants — ranging in age from 18 to 25 — were charged Tuesday in Brooklyn federal court, documents show. Two suspects — Armani Miller, 24, and Johan Santos, 19 — are still at large, prosecutors said.

The suspects were caught with a combined total of more than 100 Key Bank debit cards in other peoples names, that they used to make brazen simultaneous large withdrawals from Capital One ATMs in Flatlands and various locations in eastern Queens, documents and surveillance images allege.

The suspects also carelessly used the same addresses and cellphone numbers for multiple false claims, according to prosecutors. 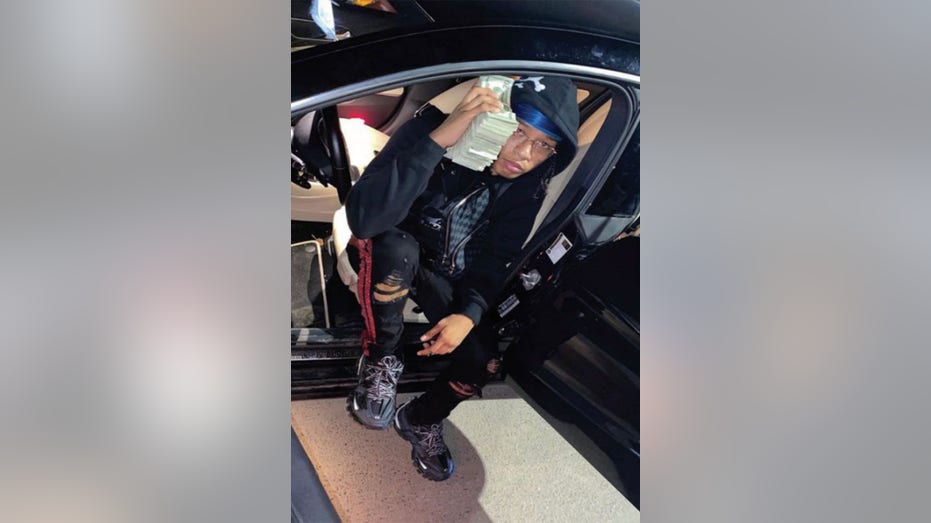 The scams began last June and continued through April, prosecutors said. It is unclear how the suspects allegedly stole the victim’s personal information.

"There is never an excuse to knowingly commit fraud and steal from a system that was designed to help New Yorkers in a time of need," stated NYS DOL Commissioner Reardon. "However, it’s even more despicable when these thieves steal a lifeline from New Yorkers in the  midst of a public health pandemic." 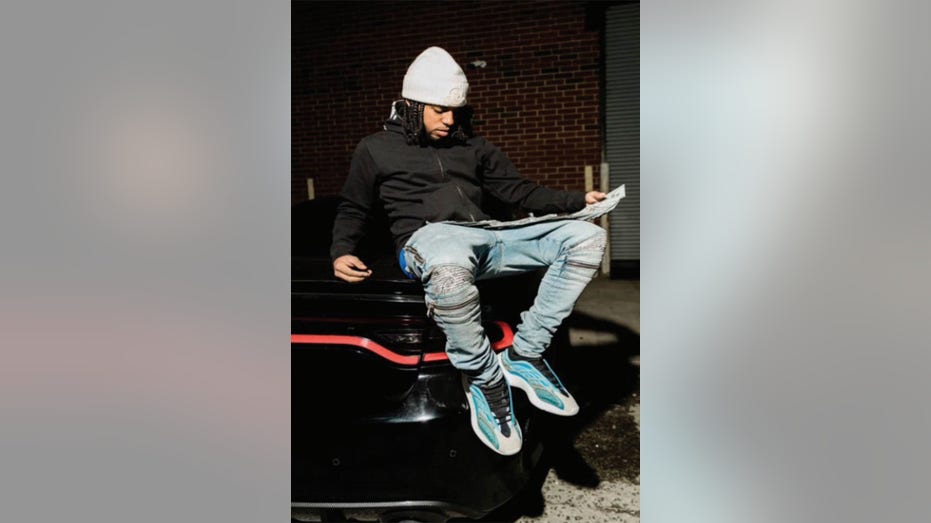 Alleged suspect Seth Golding lays out cash on top of a car on social media. (U.S. Department of Justice)

"This Office will not hesitate to bring the full weight of the law against defendants who would pocket public funds that are intended to alleviate the hardship of others," Acting United States Attorney Mark Lesko said.