A basic income for all adults of $18,500 a year, tapering off as work-related earnings increase, would lift tens of thousands out of poverty and dramatically reduce inequality in Australia.

As employment and earnings are hit by COVID-19 disruptions, three academic experts have evaluated the costs of a payment that would go to most people of working age regardless of their employment status. 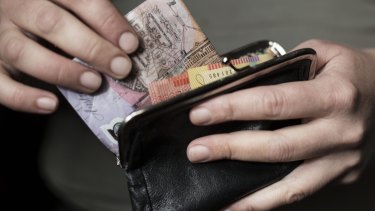 A basic income for adults would reduce inequality in Australia. Credit:Dominic Lorrimer

Their proposed Australian Basic Income is comparable to a universal basic income (UBI), a policy option that has attracted growing international attention during the past decade. Rather than being paid to all adults, the Australian Basic Income would taper off as an individual’s income rises. Those with an income of more than $180,000 (the threshold at which the top marginal tax rate applies) would not receive any payment.

To fund the scheme, Australia’s overall level of taxation would need to rise from around 28 per cent of gross domestic product to 34 per cent but that would still be in line with the average for the OECD, a club of mostly rich countries.

The study, by Macquarie University’s Ben Spies-Butcher, Australian National University’s Ben Phillips and University of Sydney's Troy Henderson evaluated the effects of a basic income payment of $14,650 a year, which is equivalent to the JobSeeker payment before COVID-19, and a payment of $18,500 per year. The lower payment would have an annual net cost of $103 billion and the more generous option $126 billion. Under the scheme, JobSeeker and Youth Allowance would not be required.

The modelling showed that the $18,500 payment would reduce a key measure of national inequality, called the Gini Coefficient, by almost 20 per cent (from 0.339 to 0.274) signifying a much more equal distribution of income. The poverty rate would fall from 11 per cent to 9.1, meaning about half a million people would be lifted above the poverty line.

Lead author Dr Spies-Butcher said the basic income would lead to inequality improving to levels equivalent to the Nordic countries in northern Europe, which have a reputation for being the world’s most egalitarian societies, while taxes would increase only to around the OECD average.

“This makes it a realistic medium to long-term policy choice,” he said.

Proposals for a UBI − an unconditional flat regular payment from the state to all adults – have gained more attention amid high unemployment, weak wages growth and perceptions of growing inequality in Western nations after the 2008 global financial crisis. 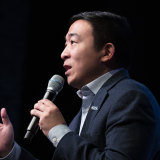 Andrew Yang, a candidate in the 2020 US Democratic Party presidential primaries, promised a UBI of $US1000 ($1400) a month for American adults. He said the payment was required because of the large number of jobs that will be lost to future automation.

But these proposals have also drawn many criticisms including the huge cost and potential effects on work incentives.

Emma Dawson, executive director of the Per Capita think tank, says the cost of a UBI in Australia would threaten the provision of public services such as health and education.

“It makes it easy for proponents of small government to say ‘look everyone is getting this payment and they can buy what they need in the market’ and that makes an argument for privatising even further the provision of public services,” she said.

“I’m much more in favour of universal basic services rather than income.”

The paper titled Between universalism and targeting: exploring policy pathways for an Australian Basic Income is published by the Economic and Labour Relations Review.

The most important news, analysis and insights delivered to your inbox at the start and end of each day. Sign up to The Sydney Morning Herald’s newsletter here, to The Age’s newsletter here and Brisbane Times‘ here.