What Does Today’s US Inflation Data Mean for Crypto Markets? 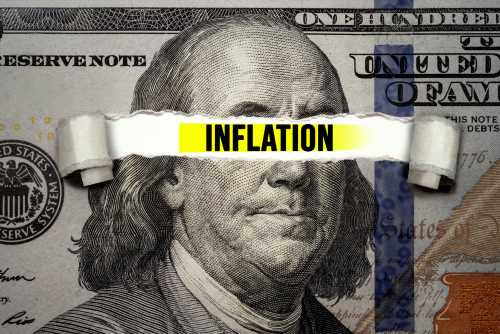 Bitcoin has continued to hover around $30,000 for the last few days, but is dropping to $29.449,32 at this time of writing, after the market received the U.S. CPI inflation data that were released today at 1.30pm GMT. This event was key, to give us a better understanding of whether inflation had already peaked or is only beginning to peak, which is what is needed for the Federal Reserve to loosen monetary policy and hence result in upside for markets, or not.

Economist Mohamed El-Erian, who accurately forecasted almost a year ago that elevated inflation in the U.S. would be persistent, has now accurately predicted that it hasn’t peaked yet, and he thinks it’s only expected to get worse in June.

The Labor Department on Friday said that the consumer-price index increased 8.6% in May from the same month a year ago. So, in fact, U.S. consumer inflation reached its highest level in more than four decades, as surging energy and food prices pushed prices higher. This is now officially marking it the highest reading since December 1981.

Economists surveyed by The Wall Street Journal had expected the consumer-price index to rise 8.3% in May.

Cathie Wood, CEO of Ark Invest has an opposing view, as she believes that high inventory will lead to prices dropping over the coming months, therefore leading to a rally in tech and crypto by next month.

Investment bank Piper Sandler agrees with Cathie, as they released a report suggesting that restocking excess inventory alone will help core inflation drop to 2% from the recent reading of 6.2%.

Lates News:
2022-06-11
Previous Post: What Does Today’s US Inflation Data Mean for Crypto Markets?
Next Post: Uniswap Continues Its Range-bound Move but Holds Above $4.60