Vinny Lingham is the entrepreneur CEO of Civic, an identify verification ecosystem play. As such, Lingham’s a common crypto pundit on Twitter, and in his latest tweet, the South African exec projected ethereum will decouple — or stop closely following bitcoin’s price movements — if bitcoin “can’t hold the Feb 6 bottom.”

The fabled “decoupling” has long been on the minds of altcoin traders. The maximalists in every respective cryptoverse community, no matter how big or small, speak of the day when their coin of choice will decisively transcend bitcoin’s price patterns once and for all.

That’s because altcoin price movements have been more often than not determined — or dominated — by bitcoin’s price movements. If bitcoin bleeds, everyone bleeds and vice versa. And some in the space are tired of that dynamic, even if the disdain is futile for now.

The one coin that’s seemingly been best poised to actualize sustained decoupling from bitcoin for some time now has been ether (ETH). Currently enjoying the second-largest market capitalization behind BTC, ether as a trading pair has become almost ubiquitous in the space.

The pressing question on many crypto denizens minds’, then: what conditions need to be met for ETH to take on a mind of its own in the market?

To that end, Civic CEO Vinny Lingham just laid out a qualified projection on Twitter.

Lingham: “Market Will … Find Another Way”

Lingham’s very active in the crypto tweetsphere, so with the backdrop of the bitcoin price sliding over the past few days, he thinks ether can “permanently decouple” if bitcoin can’t hold its bottom from early February:

It’s an interesting projection, though one wonders fairly if an acute bitcoin crash now would engender circumstances much different from the last drastic cryptoeconomy crash — in other words, has enough really changed in the space for ETH to begin behaving singularly? 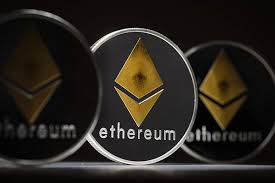 That remains to be seen.

One Thing Is Clear: Bitcoin and Ethereum Seem Poised to Survive

“Bitcoin […] broadly solves the self-sovereign sound money problem for folks that fall under three broad camps: (i) libertarians, rebels, and unconventionals, (ii) cypherpunks, and (iii) people living in corrupt and economically frail regimes (some argue the underclass of America falls in this camp, and I tend to agree).”

Accordingly, bitcoin will always have usability within and of course beyond these contexts. But the self-sovereign sound money problem is a massive problem, and in aiming potently at that problem, bitcoin has had and presumably will continue to have incredible staying power.

“Unlike Facebook, Google, Twitter, Apple, and the rest of the tech giants, Ethereum will not censor your application, nor will it take a slice of your profits. It also allows you to move your identity around from one platform to another, although the implementation of that hasn’t practically been demonstrated yet. In a way, Ethereum is similar to a credit union for developers. All developers can use it, but they own a piece of it too.”

Ethereum too, then, seems set for incredible staying power, as society seems to be pivoting decisively away from hegemonic centralized services controlling everything in our digital lives.

With all that said, whether there’s a decoupling today, ten years from now, or never for that matter, it’d just be yet another arc in the larger cryptoverse narrative that’s being written by all of us right before our very eyes. An arc in which BTC and ETH have proven to be quite the survivors so far.

What do you think? Is a decoupling nigh, or not a chance? Sound off in the comments below.

Lates News:
2018-03-09
Previous Post: The 'Crypto-Heater' Mines Digital Currency While Heating Your Home
Next Post: Most Forked Coins Are Proving More Hassle Than They’re Worth