Bitcoin price prediction is the most desired topic for most of the crypto followers, and also the most-watched too. The very first reported Bitcoin Billionaires, Winklevoss brothers, puts out the most bullish ever prediction.

The logic behind the prediction is pretty uncomplicated, he believes Bitcoin would overtake the market by surpassing Gold to become the safe-haven asset. Another analyst predicted Bitcoin at $100K. Find out How realistic it is – Bitcoin Reaching $100K is Conservative

Gold and oil have been a reliable source of value for the investors as they are scarce. However, he also mentions that the US Dollar too was considered the same for 75 years. Winklevoss in his case study has presented a detailed perspective related to the issues faced by the US dollar, Gold, and oil. And pushes Bitcoin as the only long-term protection against inflation.

The supply of both Gold and Oil is not limited which could possibly impact their value. On the other side, they both are difficult to transport and store. In contrast, the US dollar is facing uncertainty as to the result of the growing inflation due to the printing of trillions of dollars by the FED.

However, if inflation continues to reach new heights, Winklevoss believes that Bitcoin could outperform gold and oil. He says,

As inflation is not possible with bitcoin due to its limited supply, Winklevoss believes that ‘Bitcoin is the only long-term protection against inflation.’

Bull Chase for Bitcoin is undervalued

The rapid growth in the recent lockdowns in the rate of crypto adoption has witnessed many big players enter the crypto community. Recently the world has witnessed the uncertainty of big investors, which led them to shift either on gold or cryptos like bitcoin.

And therefore, if the trend continues, the largest cryptocurrency would reach new heights and this time, surpassing Gold also. Explaining about bitcoin being undervalued considering the market capitalization of Gold and Bitcoin, Winklevoss says,

“If we are right about using a gold framework to value bitcoin, and bitcoin continues on this path, then the bull case scenario for bitcoin is that it is undervalued by a multiple of 45. Said differently, the price of bitcoin could appreciate 45x from where it is today, which means we could see a price of $500,000 dollars per bitcoin,” 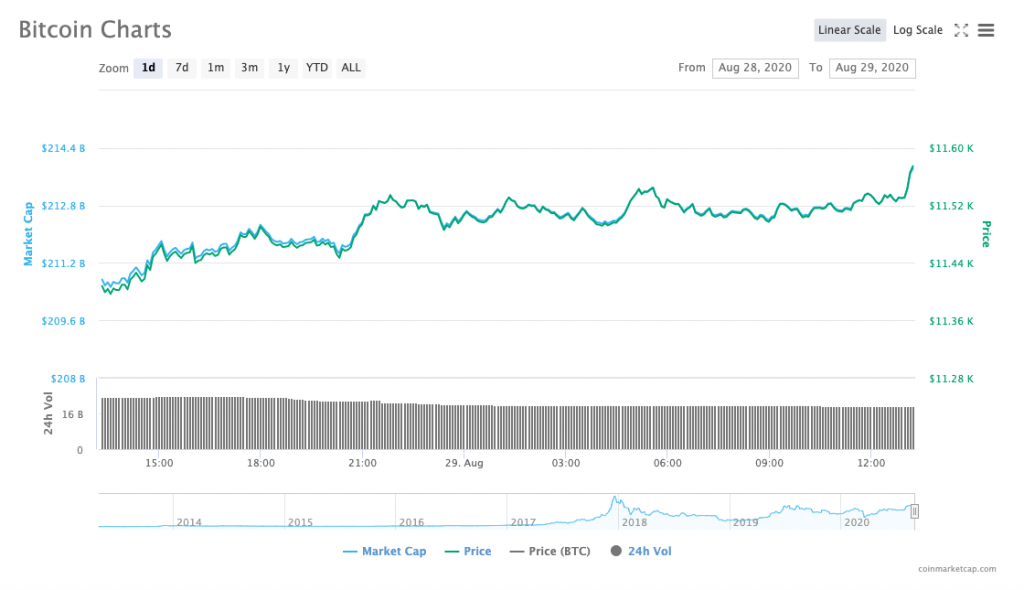 Looking at the current market sentiments, do you think Bitcoin will hit $500K soon? Do you think Winklevoss $500K for Bitcoin is even realistic? Share your thoughts.

Too hard to vote? Fired-up Black voters are doing it anyway