Top gainers today across all crypto markets remain clear in terms of earning potential and market stability. While Bitcoin suffers the humiliation of suddenly becoming the second most valuable crypto, Ethereum is busy testing the $400 price level again.

Defi tokens, being led into victory by YFI are taking the lead amongst other crypto top gainers. These are altogether restoring the markets to sweet blues as the bulls try a takeover. Among this list of top gainers, THETA takes charge with around 14% as ALGO and WAVES share gains along.

Theta seems to have been making reasonable rounds of profits within the past weeks. The coin makes the list of top gainers today with a roughly 16% price increase. 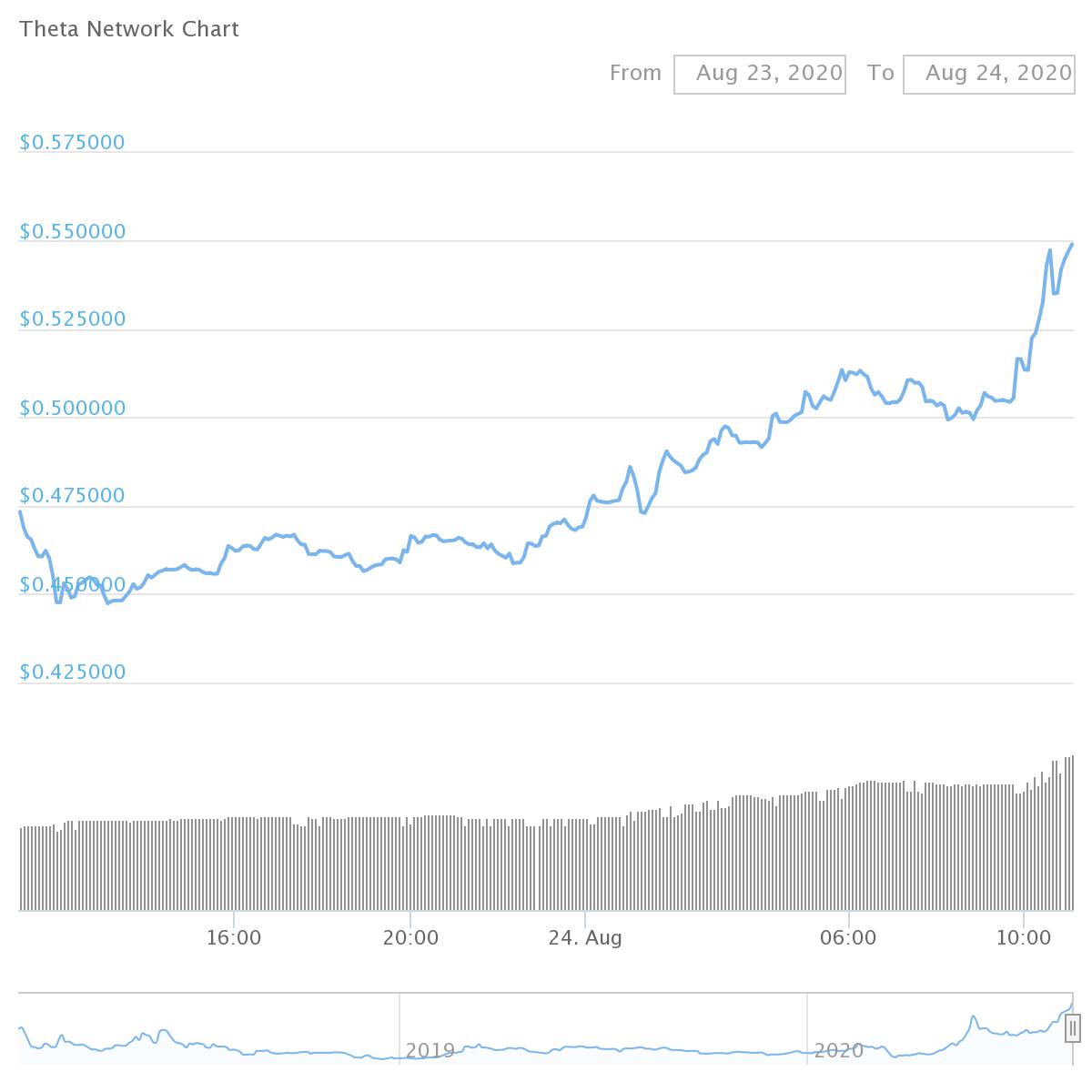 Theta possesses an outstanding market accomplishment with 350% yearly gain, an increase of almost 50% since the past seven days. Also, in the one-month graph, THETA is up 127% and 43.9% in the past week.

After withstanding the resistance at the $0.55 level, the timely level of crucial resistance lies at $0.57. THETA had problems in cracking the $0.57 level suitably and accordingly swings into a rambling pattern between. $0.55and $0.57.

ALGO comes second on our preference market watch list today having made gains equal to around 12%. 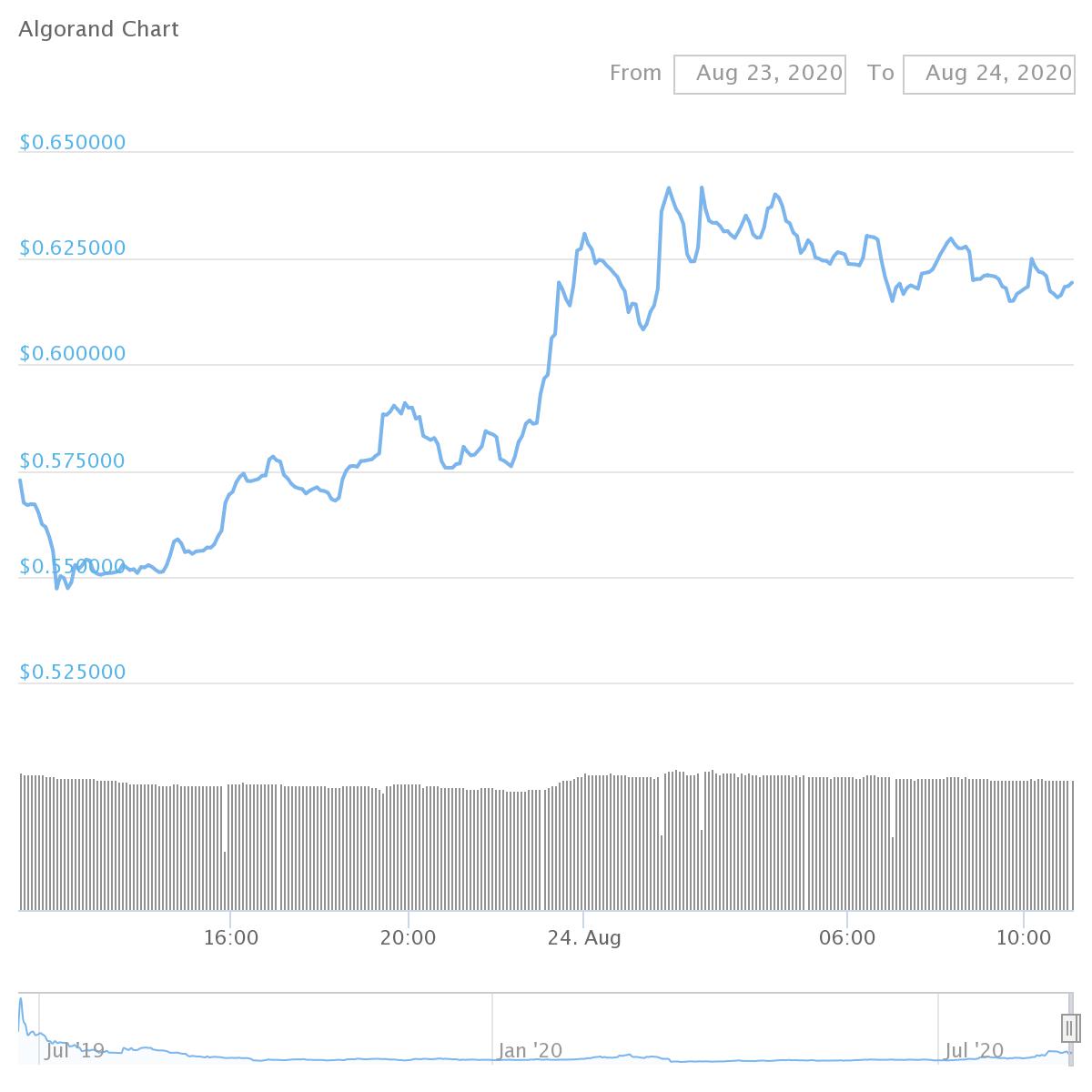 The coin preserves a small market popularity among traders who believe ALGO may ultimately jump and recoil some gains. It’s rise to fall possibility ratio is around 8:2

ALGO is gradually swinging into a rosy year. In the one year timeline, the coin is up by almost 10%. Although neutral in the past 7 days, ALGO enjoyed a 101% rise in the last month.

Currently trading at $0.62, ALGO’s market are altogether capped at $506 million amid exchange volumes around $280 million.

Waves have continually made the headlines recently. This was as a result of gains accrued in the past. The cryptocurrency still, recorded a considerable gain in the last 24 hours to meet our top gainers’ list today. Waves made roughly 9% gain within the last 24 hours. 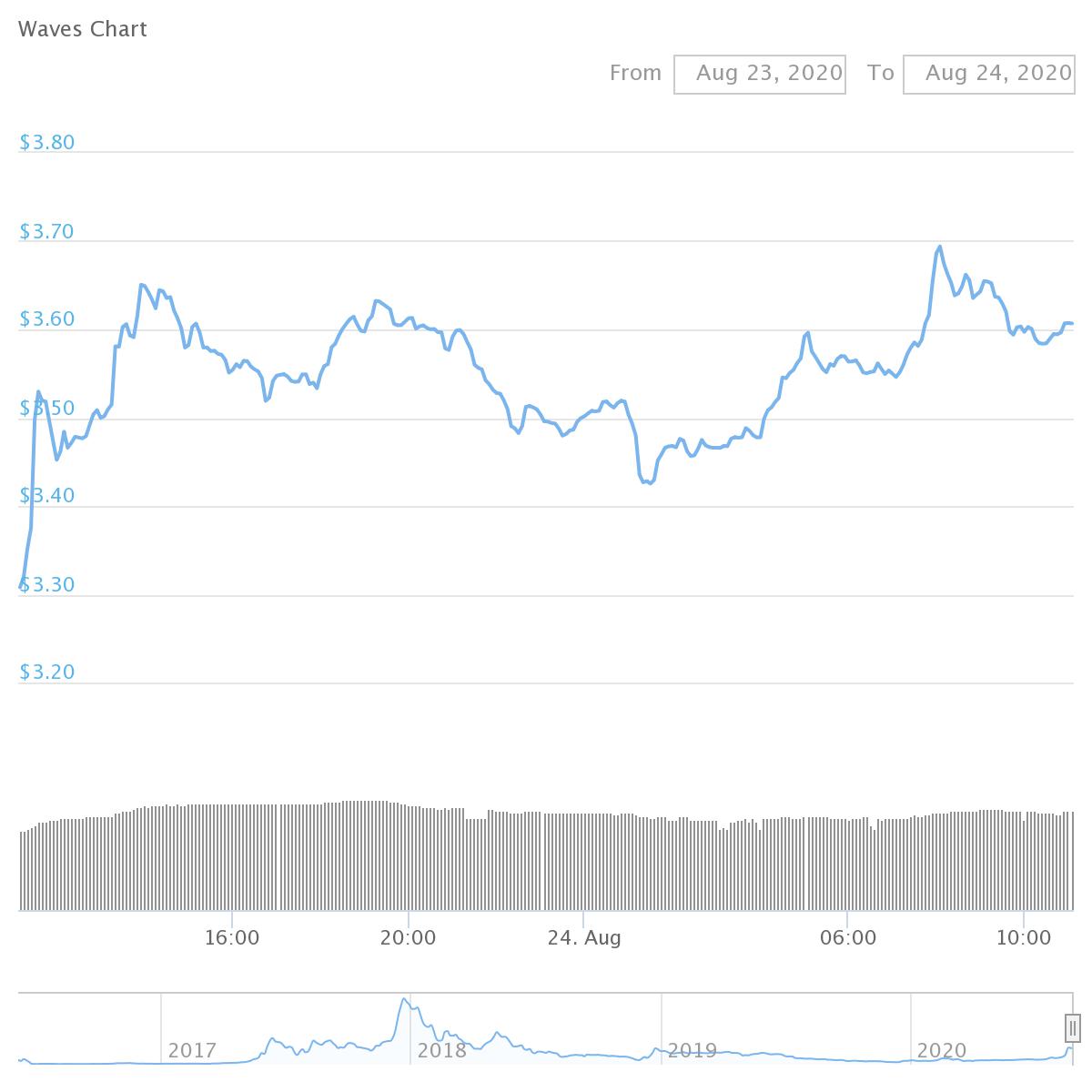 The market opinion is almost entirely bullish for Waves. 87% of traders chose for a buy, stipulating additional upwards movement potential for this cryptocurrency.

WAVES is in earnings since last year. The coin is up by almost 165% in a year and by 93% within the last 30 days. 7.5% loss was recorded within the last seven days and roughly 4% gain in the last hour.

WAVES is changing hands at $3.61 and its market cap is stable around $317 million.