Concerns over a withdrawal run from the cash-strapped cryptocurrency exchange FTX continued to send cryptocurrencies into a tailspin this week, placing Bitcoin, Ethereum and other altcoins in harm’s way. At press time, Bitcoin was trading at $16,574 after a 1.61% drop in the past 24 hours. In the past week, the top cryptocurrency has plunged roughly 20%.

On the other hand, Ethereum was down roughly 1.77% to $1,201 in the past day, extending its losses to about 21.9% in the eight days through Monday. Overall, the crypto market capitalization has sunk by 2.31% in the past 24 hours to around $829 billion as investors weigh in on the possible policy consequences to the digital assets market courtesy of the FTX scandal.

Although Bitcoin correlates with the US stock market, it behaved differently in the past week. A drop and “strong close” below the $18,500 multi-year support has sent ripples among traders. In the short term, while many think that the price may attempt retesting this level, it could still plunge further.

“This support level was the ATH of the previous cycle. So far, there is no record of Bitcoin returning below the ATH of its previous cycle. This could indicate weakness in the cryptocurrency market in the near future and further price reductions in them,” wrote MJ Shahsavar, an analyst at Cryptoquant.

According to technical analyst Mattew Hyland, Bitcoin could print another leg down to $15,100, as he illustrated in his tweet on November 14.

Pseudonymous crypto analyst “Titan of Crypto” also shared the “Bitcoin Power Law Corridor” –  a metric that enables analysts to make broad predictions concerning the long-term future price of bitcoin. According to the pundit, Bitcoin is at the “last resort support” on the indicator suggesting the price may bounce and close above the purple line soon. However, although he did not provide specific prices at which Bitcoin would bounce, others have pointed towards a bounce around $13,700 or $14,500 before year-end. 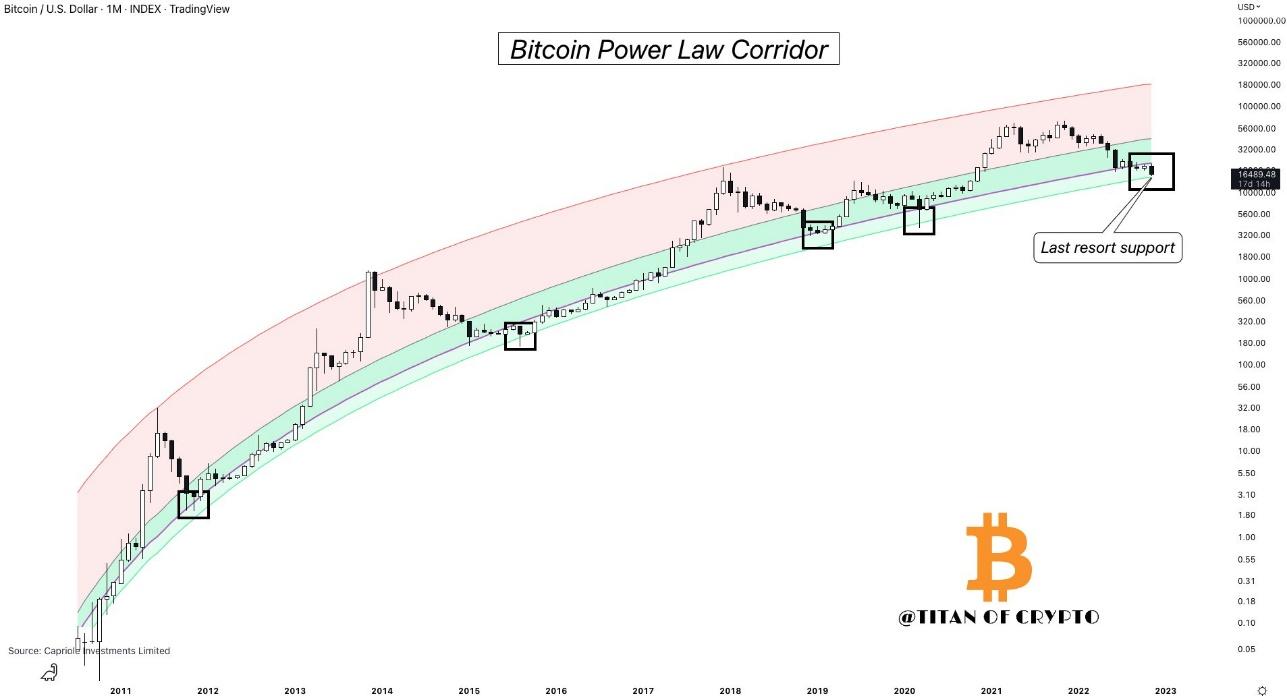 “Following the collapse of FTX, Bitcoin investors have been withdrawing coins to self-custody at a historic rate of 106k $BTC/month,” onchain analytics firm Glassnode tweeted. According to the firm, this behaviour compares to only three other times; Apr 2020; Nov 2020 and June-July 2022- periods that were followed by a significant rally in Bitcoin’s price. 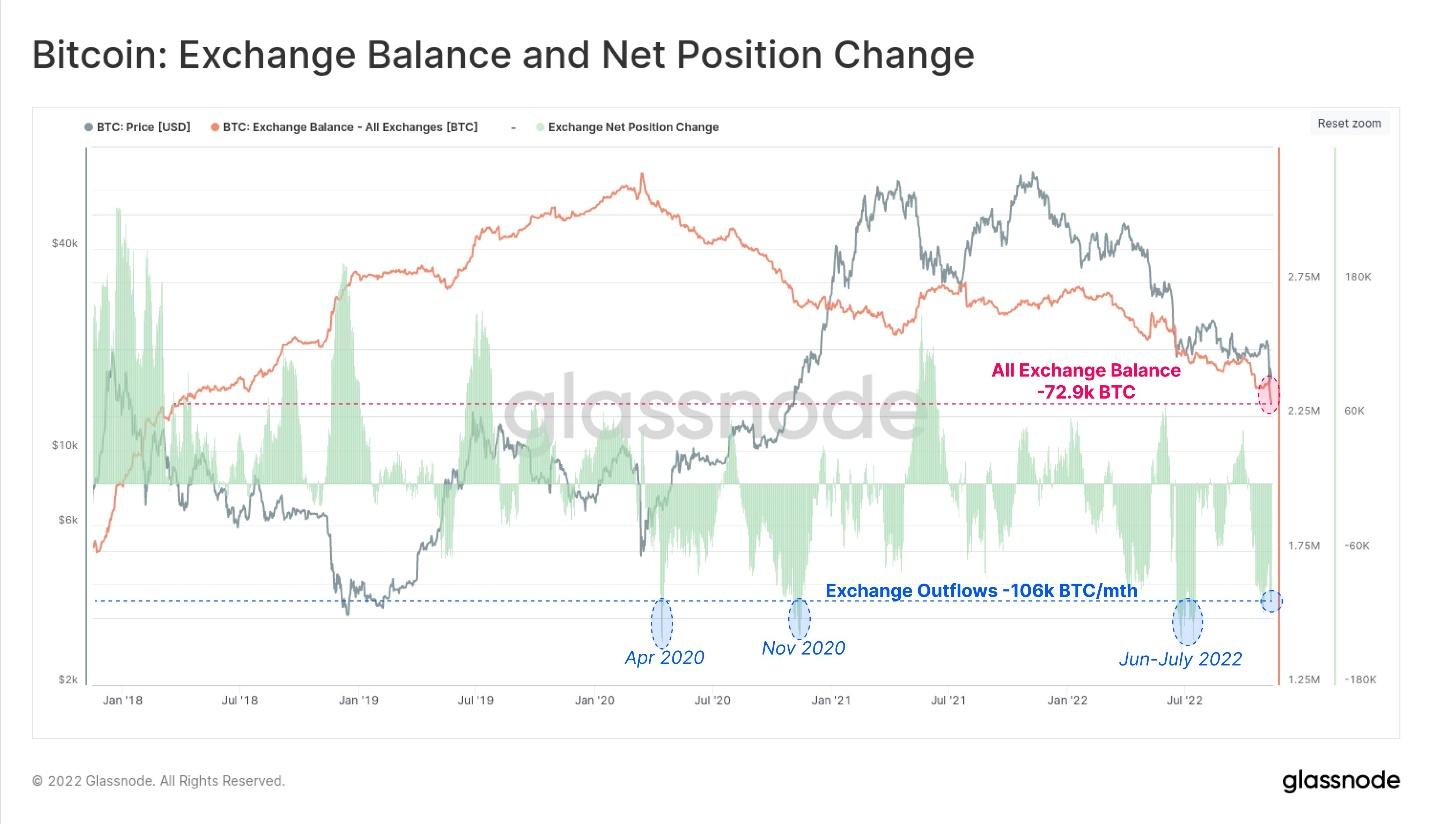 In the past week, investor holdings also appear to be transitioning, with stablecoins increasingly flowing into exchanges as trustless assets such as BTC and ETH flow out.

“This week also saw one of the most dramatic one-day inflows of stablecoins across all exchanges on 10-Nov. Over $1.04B worth of stablecoins flowed into exchanges following the collapse of FTX,” Glassnode added.  According to the firm, this leads to a net increase in stablecoin ‘buying power’ on exchanges of about $4B/month, which could help buoy Bitcoin’s prices.