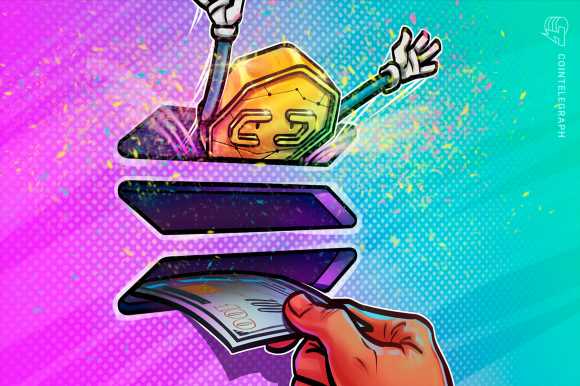 The Solana (SOL) whale that was subjected to the potential takeover by a recent Solend governance vote has gotten in touch with the lending protocol and moved $25 million worth of USD Coin (USDC) debt to Mango Markets.

In a tweet, Solend shared that the whale has acted on the team’s suggestion to move its position across various lending protocols. The act reduces the utilization of USDC within Solend, allowing its users to withdraw their assets once more.

While the move seems like a band-aid solution to a bigger liquidation problem, the Solend team highlighted that they are working with the whale and the Mango team to create a more long-term solution to the underlying problem.

Apart from this, the lending protocol has also passed another governance vote that will significantly lower the account borrow limit that’s currently at $120 million to $50 million. Debt above the new limit set will be subject to liquidation no matter what its collateral value is.

The protocol has also reduced the amount that can be liquidated within one transaction by lowering its maximum liquidation close factor to 1%. It also lowered the liquidation penalty for Solana from 5% to 2%. Both reductions are temporary and may change once the whale situation has been dealt with.

On Sunday, the Solend lending platform received criticisms for its SLND1 governance vote that aims to take over the whale’s wallet to mitigate risks. The vote closed with a 97% approval rating. However, it received many criticisms as the move goes against the principles of decentralization.

Because of the negative feedback caused by the initial move, the lending platform decided to hold a second governance vote to invalidate SLND1. The second proposal was approved, gathering 1,480,264 votes in favor of disregarding the wallet takeover plan.