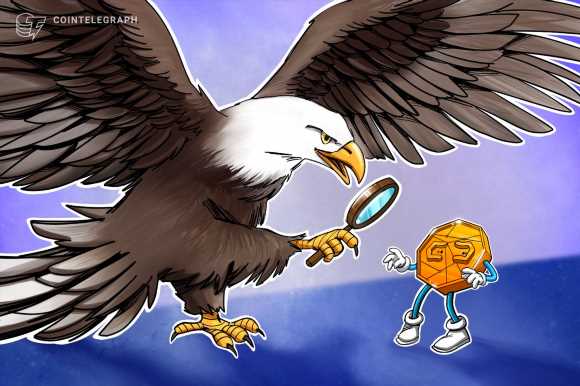 The United States Securities and Exchange Commission, or SEC, has announced charges against Hydrogen Technology Corporation and its market marker Moonwalkers Trading Limited related to allegedly perpetrating a scheme to manipulate the trading volume and price of Hydro tokens.

In a Sept. 28 announcement, the SEC said former Hydrogen CEO Michael Ross Kane hired Moonwalkers and its CEO Tyler Ostern “to create the false appearance of robust market activity” following the distribution of Hydro tokens through an airdrop, bounty programs and direct sales in 2018. Kane then had Moonwalkers sell the tokens in the “artificially inflated market” for more than $2 million in profit on behalf of Hydrogen.

“As we allege, the defendants profited from their manipulation by creating a misleading picture of Hydro’s market activity,” said Joseph Sansone, chief of the SEC Enforcement Division’s market abuse unit. “The SEC is committed to ensuring fair markets for all types of securities and will continue to expose and hold market manipulators accountable.”

According to the SEC, Kane’s, Ostern’s and the companies’ actions constituted manipulation of the crypto market, violating provisions of U.S. securities laws. The regulator reported Ostern had consented to pay more than $40,000 in disgorgement and interest, subject to approval by a New York federal court “with civil monetary penalties to be determined at a later date.” The SEC’s complaint sought similar actions against Kane, as well as having the former CEO barred from holding officer and director positions.

Many in the crypto space criticized the SEC complaint as an example of regulation by enforcement — in this case, claiming the regulator was extending airdrops to its purview.

“They say airdrops meet the Howey test’s “investment of money” prong, even if no one makes an investment and no money changes hands,” said Jake Chervinsky, head of policy at the crypto advocacy group Blockchain Association. “The SEC talks a lot about airdrops, but then only seems to argue that distributions via direct sales, bounty programs and employee compensation are securities transactions.”

Others suggested that while the SEC’s actions may have been seemingly par for the course on crypto enforcement, they may not have necessarily been targeting token airdrops:

Though the SEC has pursued many enforcement actions against initial coin offerings among crypto firms, the regulator’s stance on airdrops’ role in alleged token schemes is unclear. Commissioner Hester Peirce said in a February 2020 speech that the SEC has hinted a token airdrop “might constitute an offering of securities.”

“Since the SEC has found that some tokens can be securities, if you are considering using an airdrop token distribution, be warned that even giving away tokens is not necessarily free from scrutiny under securities law,” said crypto lobbying group Coin Center’s research director Peter Van Valkenburgh in a 2017 blog.

Lates News:
2022-09-29
Previous Post: Are we Due for a Bounce Amongst the Macroeconomic Turmoil?
Next Post: Boeing To Pay $200 Mln To Settle SEC Charges On Misleading Investors About 737 Max Crashes