The Rumors Are True: Western Union Experiments With Ripple’s ‘xRapid’

Ripple’s relationship with Western Union has been rumoured about for months, but it wasn’t until last week that Western Union officially confirmed that it has been testing transactions using Ripple’s platform.

Western Union CEO Hikmet Ersek told Bloomberg that the Ripple experiments are part of a larger exploration of blockchain technologies: “We are looking especially in the processing settlement and working capital optimization, also in the regulation part, on the compliance part on the blockchain capabilities. And we do test, we do have some tests with Ripple.”

Ripple released a statement on February 14 saying that “We’ve been testing different products with Western Union for a while. We’re excited about our work towards a pilot implementation of xRapid, which uses XRP in payment flows.”

On its official website, Ripple explains xRapid as a solution for “payment providers and other financial institutions who want to minimize liquidity costs while improving their customer experience.” xRapid trades XRP tokens against local currencies to cheaply and quickly provide liquidity in international transfers.

Neither Western Union nor Ripple mentioned whether or not the RippleNet (which does not typically use XRP tokens for international transfers) was being tested. It’s also unclear whether or not the relationship will expand beyond this testing phase.

MoneyGram, another global money transfer service, adopted xRapid in January, causing a spike in the price of XRP tokens. 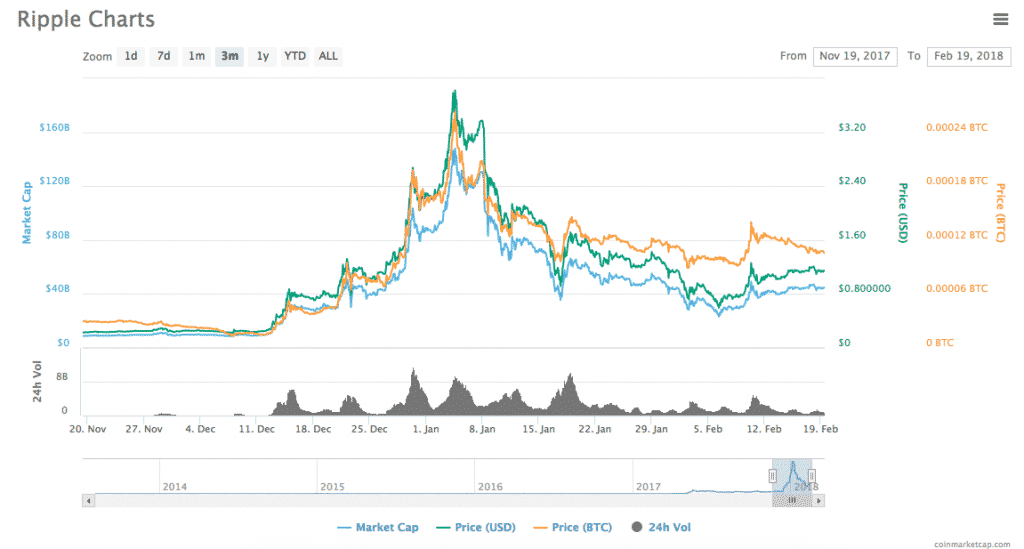 Is Ripple Leading the Way in Financial Institution Integration?

Sending funds across borders quickly and cheaply is one of the most commonly cited use-cases for blockchain technology, but most of the world’s major banks and payment systems remain somewhat skeptical of the new technology.

Despite skepticism, however, Ripple has allegedly managed to make its way into more than a hundred financial institutions. However, this figure is often disputed–Ripple claims that it hasn’t released a full list of the banks it is supposedly involved with because of non-disclosure agreements.

Nonetheless, there are more than a few high-profile financial institutions that have publicly announced partnerships with Ripple–Amex, Saudi Arabia’s Central Bank, the UAE Exchange, Santander, RakBank, Cuallix, and more are counted among them.