Blockchain cross-border payment firm Ripple has snagged yet another victory in the ongoing battle with the United States Securities and Exchange Commission (SEC). Magistrate Judge Sarah Netburn has recently ruled that there is no need for personal financial records of Ripple CEO Brad Garlinghouse and Executive Chairman Christopher Larsen being out in the open as it is irrelevant in the case.

XRP researcher Leonidas Hadjiloizou brought attention to the news as he shared court documents on the ruling in a tweet on April 10. For perspective, the SEC was seeking eight years’ worth of financial information directly from the two executives or via subpoenas sent to several banks. Garlinghouse and Larsen filed motions to block the regulatory agency from accessing this information, citing that it was a downright “overreach”.

Luckily for the Ripple team, the federal judge has granted their motion. The court ruling reads in part:

“Insofar as the SEC seeks the personal financial records to verify that the records the Individual Defendants agreed to provide are complete, the Court finds no evidence to suggest that such a verification is necessary or appropriate.”

Judge Netburn explained that Ripple has already promised to present all the relevant records connected to XRP and the SEC has not provided enough evidence showing that these documents do not entail the necessary information necessary to support its claims. Additionally, the regulatory authority has not precisely indicated whether the records voluntarily submitted by the two defendants were inaccurate.

“The Court is not persuaded that the SEC should be entitled to obtain the entirety of the Individual Defendants’ personal financial records over an eight-year period for the purpose of bolstering its “proportional” financial motive argument.”

Just four days ago, the same judge granted Ripple’s request to access the SEC’s internal communication on how it arrived at the conclusion that bitcoin and ethereum do not qualify as securities.

Meanwhile, the XRP community is urging the new SEC Chairman Gary Gensler to drop the lawsuit once he assumes office. A Change.org petition created by one Thomas Hodge asks Gensler to dig into the past and present relationships of his predecessor, insinuating that he was biased against XRP.

The price of XRP has continued to edge higher amid the legal battle and recently broke headlines as it surged past the $1 barrier for the very first time since January 2018. 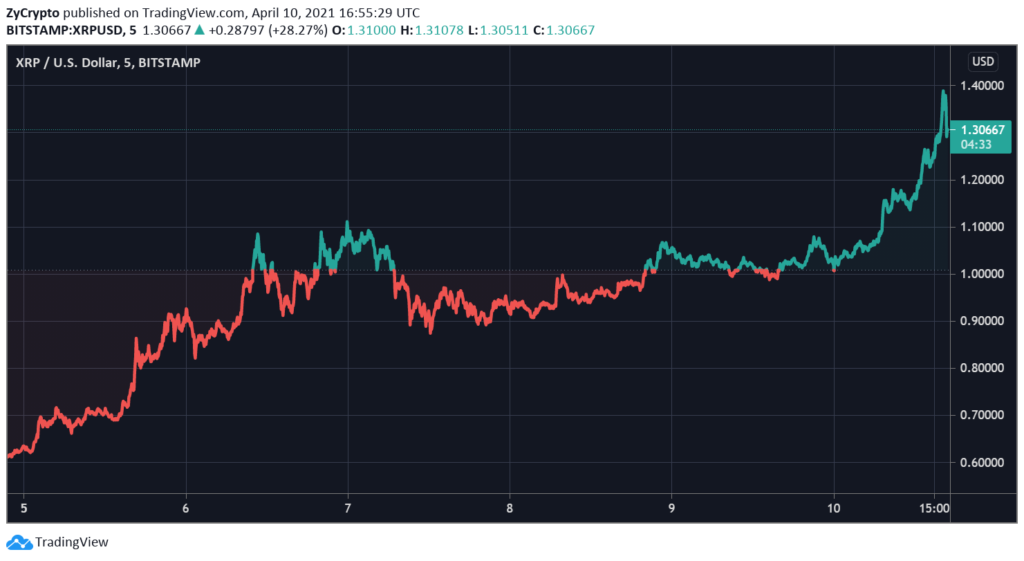