Mobile games have exploded in popularity over the last decade, thanks to Apple’s iPhone and the App Store. By 2017, the industry grew to almost 3 billion active players and generated more than $43 billion in revenue globally. The field contributes 47% of revenue and is the leading gaming segment.

Greater than 2.2 million mobile apps exist in the App Store and almost a million of these are gaming apps. Due to the abundance of games, developers must continually find ways to connect games with players, keep players engaged, and find new and better ways to increase monetization.

One of the first “cryptogaming” companies in existence, RewardMob aims to take over the $906 million mobile eSports industry.

Blockchain technology has proven so efficient and reliable that it is now being incorporated into more and more industries that can utilize and benefit from the inherent speed, security, and immutability of the ledger.

RewardMob is a mobile eSports reward platform that harnesses the power of blockchain technology through integration with the Waves platform. Game Developers partner with RewardMob to allow their players the opportunity to earn RewardMob loyalty tokens (RMOB), cash and other prizes when participating in Free-to-Play mobile eSports tournaments. The platform can be easily integrated into any mobile game and RewardMob then facilitates the fully managed tournaments.

Due to the potential for millions of users and the enormous amount of transactions which will occur on the platform each day, the RewardMob developers chose to utilize the speed and security of the Waves platform.

The RewardMob app was released in 2017 and already has over 50,000 users – each of which also has a wallet on the Waves platform that securely holds the RewardMob digital currency otherwise known as the RMOB token.

As game developers partner with RewardMob, their players are offered the option of creating a RewardMob account which will be required to participate in tournaments and earn rewards in the games. Therefore, growth is organic and potentially explosive. If successful, RewardMob will help to make the Waves platform one of the most widely used blockchain platforms in existence.

Once a player is introduced to the world of competitive gaming, mobile esports can prove very addicting. The more skilled the player, the better the chance of a winning placement in a tournament. The longer the game is played, the more opportunity to win tokens, cash, and other prizes. Gamers are motivated to play which naturally results in increased session times and improved player loyalty.

Another advantage of using the blockchain-powered platform is increased monetization; RewardMob shares a portion of ad revenue with game developers and advertiser engagement is central to keeping the Free-to-Play platform free to both players and developers. While most game development studios are figuring out ways to introduce ads into games without frustrating players, RewardMob takes the ads out of the game and centralizes them within the RewardMob app. Advertiser engagement is voluntary and linked to the reward opening process thereby making the process much more gratifying. As rewards will collect in the RewardMob app and can be opened at any time, at no point does advertiser engagement interrupt gameplay – a key feature of the RewardMob design.

The platform encourages players to churn between the games within the RewardMob community thereby connecting players to new titles and enhancing discovery without significant effort or cost on the part of the developer.

Compare this to the current model in which it can take up to 90 days for game developers to receive payments from ad networks and chargebacks can run as high as 18% and the advantages are clear!

What Do the Numbers Say?

Turn Any Mobile Game into a Competitive eSport in Three Steps

Install the RewardMob SDK into the game (drag and drop).

Customize prize distribution in the game with RewardMob.

Republish the new version of the game.

As the product is live and the platform already features a working token, the RewardMob developers have chosen to take a very different approach to the traditional token sale model. During the public sale, RewardMob will sell entry tickets to the Weekend Championship tournaments which will be held on the Free-to-Play platform. The tickets will be used to bypass the qualifying tournaments for these high-roller pots.

RMOB tokens will never be directly sold through RewardMob. The only way to obtain them is to earn and win them through gameplay or by purchasing them on an exchange after the public sale has ended.

Participants in the public sale will receive one ticket per $1 USD. As a bonus, they will also receive a corresponding number of RMOB tokens dependent on how many tickets are purchased and at what stage of the sale.

The RMOB token is the heart and soul of the RewardMob platform.

Unlike traditional mobile games in which any virtual “gems” or “coins” earned can only be used within the same game, the RMOB tokens can be used both within the RMOB platform and within partner games.

Players can remove value from the game at their discretion and have access to any earned or won tokens immediately after the tournament.

Similarly, the token allows for game developers to be paid in real time after every tournament.

The RMOB token allows for a unifying payment method: a currency with which game publishers, game developers, advertisers, and businesses can receive and send funds in a secure environment with faster transaction speeds.

Tokens can also be used for entry to Pay-to-Play tournaments.

Players must acquire tickets to enter Weekend Championship tournaments. Pre-purchasing them during the sale allows eligibility for an early bird bonus of RMOB tokens.

Any unsold tokens will be burned.

Over 30,000 members have registered for the pre-sale.

The total token amount created is three billion tokens. The number is fixed in perpetuity.

Disclaimer: The opinions expressed in this article do not represent the views of NewsBTC or any of its team members. NewsBTC is not responsible for the accuracy of any of the information supplied in Sponsored Stories/Press Releases such as this one. 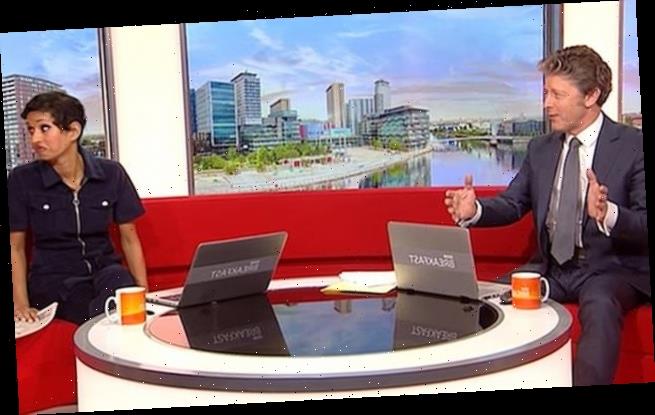 At least 34 dead in Indonesia quake