The popularity of mining cryptocurrencies is reaching for the moon, with several locations in the United States turning into mining facilities. The crypto craze is swiftly moving across the rural areas and its next target is the Walla Walla County, located in Washington state. Documents suggest Chinese mining giant Bitmain may be developing mining facilities there.

If the deal goes through, the project will qualify to lease of 40 acres of land between Dodd Road Industrial Park and Wallula Gap Business Park. Initially, the project will be allotted 10 acres by the end of 2018, while additional 30 acres will be available for purchase over the course of next year.

According to port officials, the cryptocurrency mining project could draw in up to $7-$10 million of private investment. Additionally, it will also offer full -time employment to about 20 people.

Reay said, “Our purpose is to generate assessed values and create jobs.”

The Tumwater-based Ant Creek LLC is believed to be owned by leading cryptocurrency mining hardware producer Bitmain’s co-founder Jihan Wu, at least according to the data on companies-number.com.

However, the information is not confirmed officially by Bitmain, including its involvement in the prospective Walla Walla cryptocurrency mining project. A report released in February by investment research firm Bernstein indicated that Bitmain dominates the Bitcoin mining and ASIC cards market, with a share of about 80 percent.

However, it seems the locals are not entirely happy with a possible bitcoin mining facility despite the jobs potential, due to its electricity consumption. They’ve pleaded the commissioners of Port of Walla Walla to reconsider the decision of leasing the land. For now, the decision is postponed until the project advantages and disadvantages are weighed up.

The chief concern, for the most part, is that running cryptocurrency mining equipment demands a lot of electricity and other resources. Similar worries have been raised by residents of Wenatchee City and County of Chelan, also both part of Washington, who already host crypto mining projects and are not happy about it.

Walla Walla resident Carlan Bradshaw, said: “The public has a right to know how our money is being spent and who you’re wheeling and dealing with.” Similar sentiments were shared by resident Doug Morton “ You seem to think that everything that has to do with money is OK.”

In comparison, on the east coast, Virginia Beach saw an investment of $65 million USD in a mega crypto mining facility. Unlike Walla Walla, the project did not experience much delay and received support from local governments. Moreover, the local government even approved a grant of $500,000 to attract more investment into data facilities in the area.

Will the residents approve of the crypto mining facility? Let us know your views in the comments section. 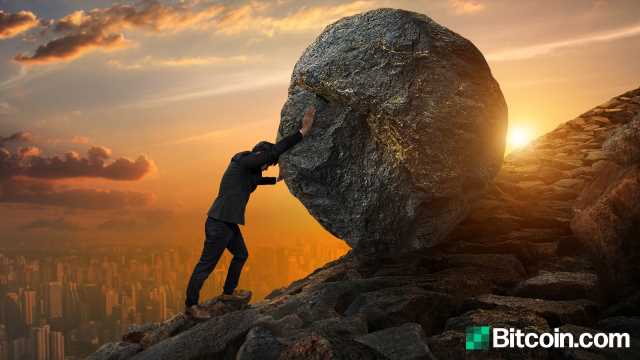 While BTC's Hashrate Remains High, It's More Difficult Than Ever Before to Mine Bitcoin – Mining Bitcoin News