A quick glance at Coinmarketcap reveals that a majority of digital assets are in the red with Bitcoin leading the pack after losing 4.52% of its value in the last 24 hours. Ethereum is down 4.94% in the same time period with Cardano, Binance Coin and Polkadot down 6.44%, 7.29% and 9.65% respectively. The aforementioned data has been captured in the following screenshot courtesy of the tracking website. 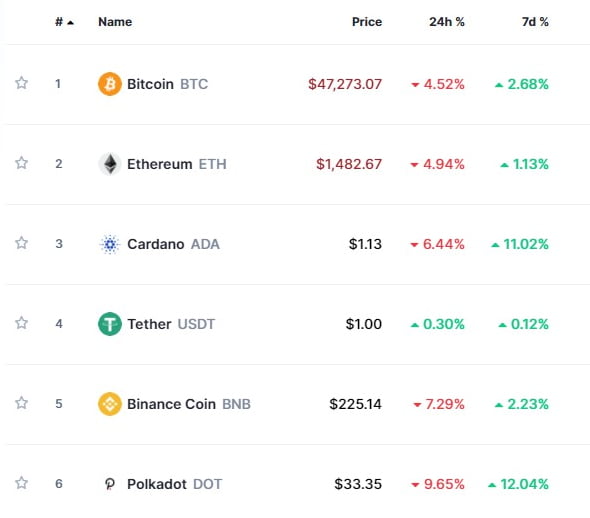 The current market weakness has also resulted in 141,486 traders being liquidated with their total losses valued at $780.92 million. Furthermore, the single largest liquidation was a Polkadot (DOT) trade on Binance worth a whopping $37.33 million. The liquidation information can be found in the screenshot below courtesy of Bybt.com.

In a February 16th tweet, the team at Unfolded reminded the crypto community that the month of March is historically known for negative returns. They also explained that this pattern has been the most consistent seasonal pattern to date as it is linked to the US tax season that ends in mid-April. The team went on to provide the following table tracking Bitcoin monthly returns since January 2011. 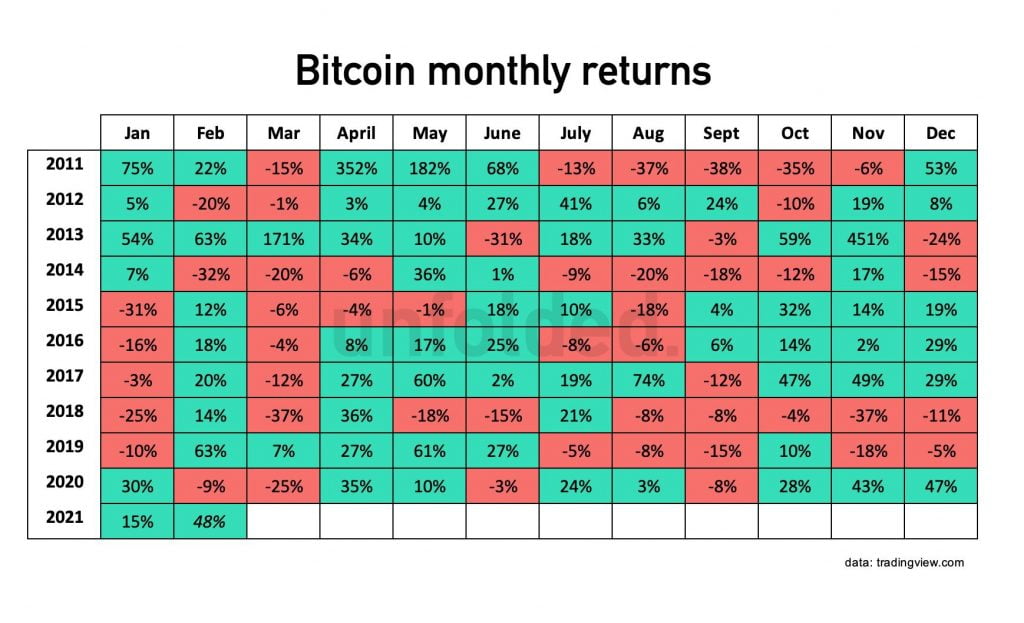 $33k Could Be a Possible Bottom for Bitcoin in March

The basic idea behind the theory of a red month of March is that traders are taking profits (or losses) to meet the aforementioned deadline of filing taxes in the United States.

Going back in time to the last three red months of March in 2017, 2018 and 2020, it can be roughly deduced that the selling being witnessed in the crypto markets might just be the beginning of more to come. Further considering that Bitcoin opened the month at a value of roughly $45k, a 25% dip in March such as the one witnessed in 2020, provides $33,750 as a rough estimate of a possible bottom for this month.