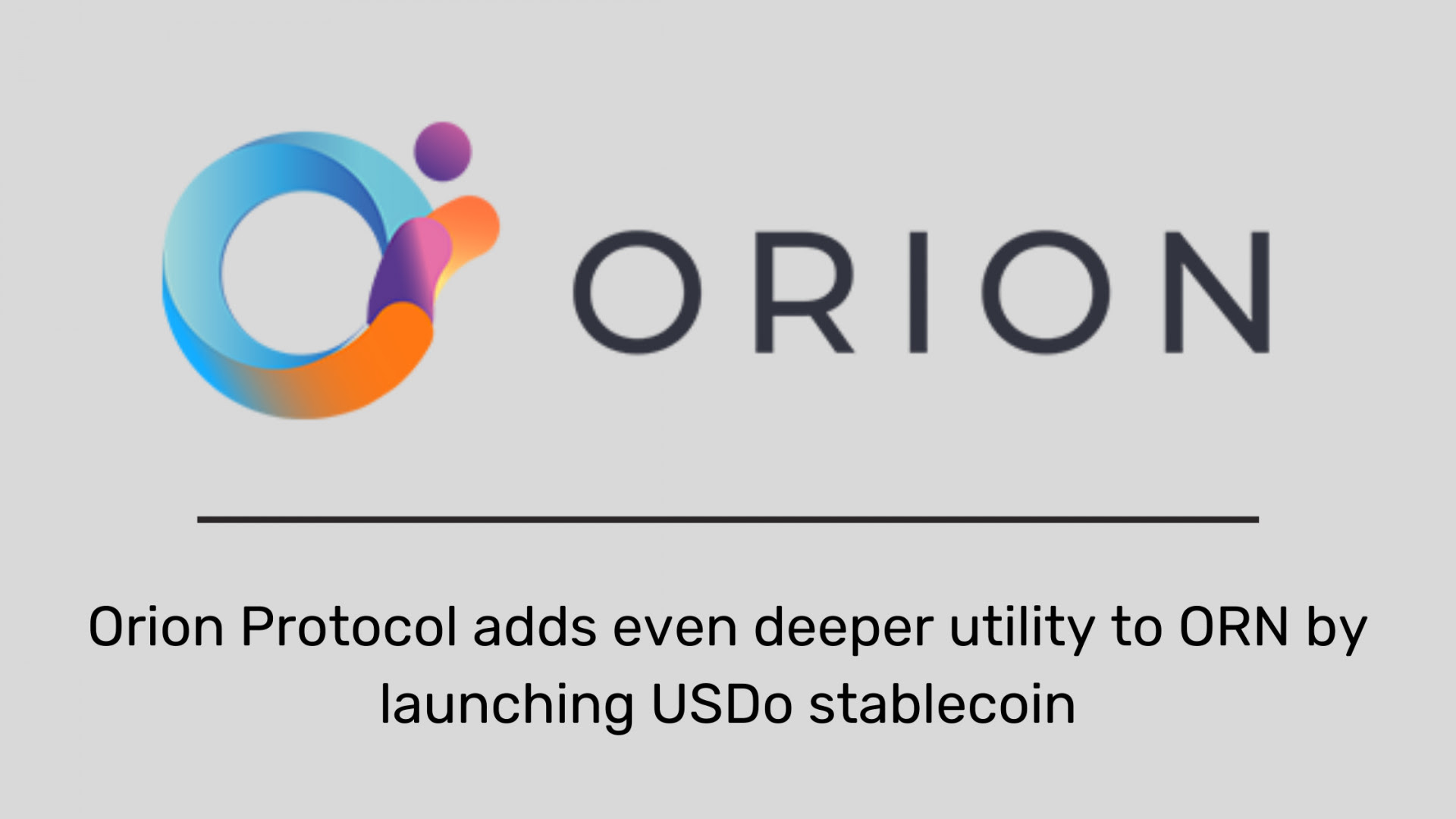 Orion Protocol, a layer 2 crypto solution for decentralization of liquidity sources, has today announced the introduction of its USDo (U.S. Dollar pegged) stablecoin. The coin is minted by staking ORN token and its purpose is a provision of additional utility to Orion’s native token, ORN. The USDo will be entirely ORN-fueled and will also become the primary base pair of the Orion Terminal. The latter is Orion’s flagship project that provides a decentralized gateway to both centralized and decentralized liquidity.

Recently, Orion Protocol took live its native ‘pre-staking’ solution on the Orion Terminal via the Orion Pool. Just a few days after this event, the total locked value (TVL) of ORN rose to 11 million – the equivalent of $60 million and also 38% of the total supply in circulation.

The launch was also accompanied by staking rewards of up to 100% Annual Percentage Rate (APR), depending on the type of assets holders opted for. Choices included the single-asset ORN or the multi-asset liquidity pool for the pairs: ORN/ETH, ORN/USDT, ORN/BNB, and ORN/BUSD.

Orion is now adding further utility of its ORN token through the USDo. Similar to conventional stablecoins, holders will be able to use USDo for trading and making other transactions within the Orion Terminal. Staking ORN or ORN LP tokens on Orion Terminal will enable users to mint USDo, which is collateralized with the ORN staked. In this way, it will become the Terminal’s primary base token of trading pairs.

The minting process happens an X-1 ratio which will be well defined at a later time. This means that every $X worth of ORN staked (collateralized), will mint 1 USDo worth $1. The Orion Oracle will monitor the new tokens’ value by monitoring the collateral placements for USDo, in a manner resembling that of other stablecoin models.

Orion intends to reward USDo holders should their staked ORN rise in value. The ‘rebase’ functionality allows users to re-stake their ORN tokens depending on price movement. With this, users can mint more stablecoin based on the previous ratio. Increasing stablecoin exposure will now increase the liquidation strike price.

Alternatively, should the ORN token value drop and the value of collateralized ORN drop below the strike price, holders have the option of staking more ORN to prevent liquidation and increase USDo exposure. Otherwise, staked ORN becomes liquidated so as to maintain the value of the USDo.

The stablecoin will not only allow ORN holders to improve capital productivity within the Orion ecosystem, but its minting will also increase TVL on Orion’s Terminal.