Business intelligence firm MicroStrategy’s Bitcoin investment is paying off in a big way, with an estimated $100 million in profit.

According to data published Oct. 27 by independent crypto researcher Kevin Rooke, MicroStrategy has earned more from its Bitcoin (BTC) investment than it did through its actual business for the last three years, from Q1 2017 to Q2 2020.

Rooke’s data shows that the business intelligence firm’s 38,250 BTC holdings — worth roughly $425 million at the time of purchase in August and September — were valued at more than $525 million during the recent price surge to $13,745. According to the researcher, Microstrategy only earned $78 million in net income from its business operations in the last three and a half years. 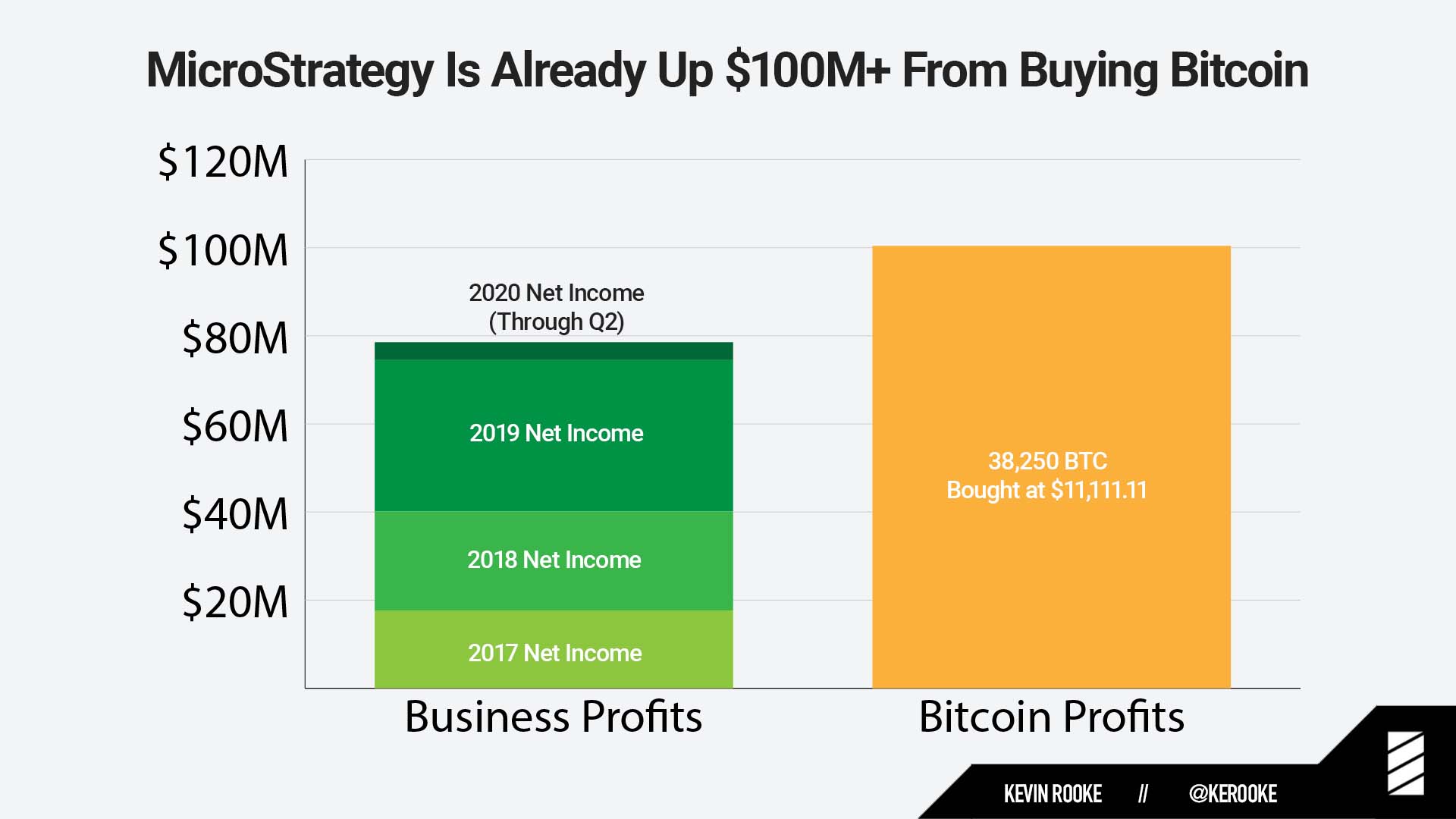 “Our recent decision to make Bitcoin our primary treasury reserve asset is the latest example of MicroStrategy’s embrace of virtual technologies,” said CEO Michael Saylor regarding the firm’s most recent quarterly report. “The purchase of $425 million of Bitcoin during the quarter offers the possibility of greater return potential for investors than holding such balances in cash and has increased the overall visibility of MicroStrategy in the market.”

MicroStrategy initially purchased 21,454 BTC in August for $250 million, adopting the cryptocurrency as its primary reserve asset. Following the initial investment, the firm bought an additional 16,796 Bitcoin for $175 million. Though the company added digital assets to its quarterly financial report for the first time in Q3 2020, it also reported a $14.2 million net loss in income from its business operations. MicroStrategy stated in the future, it would purchase or sell more BTC depending on the Treasury Reserve Policy.

Initially claiming “Bitcoin’s days are numbered” in 2013, Saylor has since turned bullish on the cryptocurrency. In the weeks since MicroStrategy’s initial $425 million investment, he has seemingly embraced a Bitcoin maximalist mindset by calling BTC one of the few “crypto-asset networks.”

Upgrading to a landed property during Covid-19 pandemic