Maybe Crypto Mining Isn't That Harmful After All 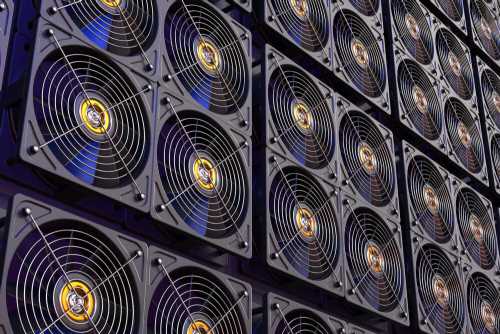 The arguments surrounding bitcoin and crypto mining continue to rage on, though some are claiming that the space doesn’t require as much energy as one might think.

Crypto Mining May Not Be All That Damaging

For several years, environmentalists everywhere have stated that crypto mining should either be limited or outright banned given that the amount of energy allegedly required to extract new units of crypto from the blockchain outdo the electricity used by some countries. It also hasn’t helped that many industry heads with big money and big ties to crypto have gotten in on this side of the anti-crypto mining argument.

Elon Musk, for example, initially worked to allow all buyers of Tesla vehicles to pay with bitcoin last year. This only lasted a few weeks after he claimed to be nervous about the amount of energy needed to extract bitcoin units. He rescinded the decision and said that he would not allow such a maneuver unless miners were willing to be more transparent about their energy sources.

A new report issued by the University of Cambridge says crypto mining uses more than 121 terawatt-hours each year. This means if bitcoin mining was a country, it would rank amongst the top 30 energy consumers across the globe. There is also a lot of carbon dioxide reportedly being produced.

Bitcoin’s energy consumption has more than quadrupled since the beginning of its last peak in 2017, and it is set to get worse because energy inefficiency is built into bitcoin’s DNA. Bitcoin’s carbon footprint will get exponentially worse because the more its price rises, the more competition there is for the currency, and thus the more energy it consumes.

By contrast, Don Wyper – COO of Digital Mint – doesn’t think the report is accurate. He claims:

I think the latest University of Cambridge study is misguided, as bitcoin is acting as ‘digital gold’ and therefore should be compared to the energy consumption of other store-of-value assets… The gold mining industry consumes 475 million gigajoules worth of electricity annually, and if bitcoin can become the digital currency [that] it was initially envisioned, we’ll need to consider all the electricity consumed via currency creation, destruction, transmittance, securitization, loss, etc. I personally believe climate change is one of the most important issues in our world today, but people who say bitcoin will lead to even more environmental destruction don’t understand that bitcoin is acting as an accelerant to helping our environment.

I believe the power of fear over climate change is far greater than the fear of missing out (FOMO) that drives this new wave of institutional and retail investment in bitcoin.

Lates News:
2022-06-22
Previous Post: Gary Cohn: Fed was late on interest rate hikes
Next Post: Householder is trapped in his own home by SEAGULL attacks