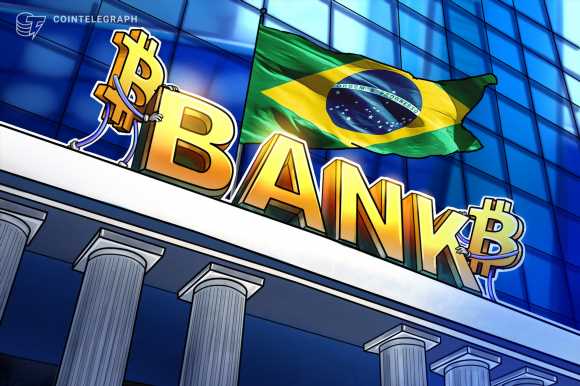 Nubank, the largest digital bank in Brazil and Latin America, announced that it has partnered with Paxos to allow the bank’s customers to buy, sell and store cryptocurrencies directly through Nubank.

Along with the launch of the new cryptocurrency transaction services, Nubank announced it will allocate roughly 1% of its net assets to Bitcoin (BTC) through the cashier of Nu Holdings, a company that controls the Nubank Group.

“This move reinforces the company’s conviction in Bitcoin’s current and future potential in disrupting financial services in the region,” Nubank said, as translated by Cointelegraph.

According to a statement from Nubank sent to Cointelegraph, the purchase of Bitcoin and Ethereum (ETH) can be made from $ 0.20 (or 1 BRL) and will be made available in May. The crypto investment service will be fully implemented by the end of June.

“There is no doubt that cryptocurrencies are a growing trend in Latin America,” explained Nubank founder and CEO David Velez. “We have been following the market closely and we believe that there is transformational potential in the region.”

Nubank also informed that the integration with cryptocurrencies aims to expand and improve access to this growing market, eliminating complexity and friction for customers to buy, hold and sell digital currencies through the app without the need to open new accounts or transfer cash.

The company confirmed plans to expand beyond just BTC and ETH offerings in the future but didn’t elaborate on which assets will be included.

Through a set of APIs, Paxos will enable Nubank to offer crypto-enabled services to customers, as Mercado Livre and PayPal also do in partnership with Paxos.

Nubank is said to have more than 50 million customers in Brazil alone. According to Paxos, its partnership with the digital bank represents an important strategic move as Latin America continues to grow into a crypto hub.

With the acquisition, Nubank also started to offer QBTC11, an exchange-traded fund that’s 100% allocated to Bitcoin, managed by QR Asset Management and belonging to the QR Capital group.

Meanwhile, a securities filing earlier this year revealed that Warren Buffett’s Berkshire Hathaway had purchased $1 billion in Nubank shares in the fourth quarter of 2021. The move is said to have given the Oracle of Omaha indirect exposure to the digital asset market.

Related: Coinbase to reportedly buy the $2.2B Brazilian unicorn behind Mercado Bitcoin

Nubank isn’t the only local financial institution looking to offer crypto investment services. Another Brazilian bank that will also offer Bitcoin investment services to its customers is BTG Practual. The bank’s president, Roberto Sallouti, recently announced that the bank will launch its own crypto exchange in roughly two months.

“We will have our cryptocurrency trading platform in up to two months [..] BTG’s proposal is to have a complete investment platform for our clients,” he revealed.