Ice Cube backs DOGE and an 'incredible and historical' transaction 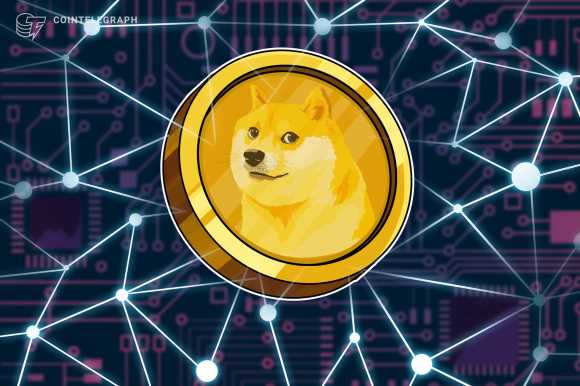 Iconic rapper Ice Cube — also known as O’Shea Jackson Sr — has jumped on the Dogecoin bandwagon with his endorsement of an “incredible and historical” DOGE transaction.

Cube’s entry into the wild world of Dogecoin is related to the BIG3 basketball league that he co-founded. The organization predominantly features former NBA stars in a three-on-three format as opposed to the regular five-on-five basketball games.

On May. 4, MyDoge wallet co-founder Bill Lee tweeted at Ice Cube saying “if ya dig DOGE, me and the DogeArmy will take one as well,” in reference to a previous post from Ice Cube announcing that Snoop Dogg was buying two teams.

Ice Cube  then replied with “come on wit it Bill, you know i’m down with the DogeArmy.”

While it is unclear how “down” with the DogeArmy Ice Cube actually is, the BIG3 promptly fired out a press release on the same day announcing that Lee had purchased all 25 Fire NFTs for the “Aliens” team via DOGE.

The “incredible and historical” transaction as described by Ice Cube was worth $625,000 or roughly 4.86 million DOGE, with the BIG3 also calling it the “largest commercial transaction in history” of DOGE.

The Fire NFTs represent the higher end of ownership and utility benefits, such as game management, voting rights and intellectual property/licensing rights for team logos, names and merchandise. Notably, if the owner/hodler was to sell their Fire NFTs, they’d also get a 40% cut of the sale.

As part of the announcement, Lee took a slight dig at NFT projects featuring apes and owls, suggesting that he only looks at NFT projects with utility. This is of course, despite the fact that some ape and owl projects have built utility for hodlers, and is pretty lofty rhetoric for a man primarily working on developing wallets for a memecoin that was created as a joke.

“While others are buying NFT images of apes and owls, I believe that NFTs with utility are the next frontier. It is a dream to own a basketball team and the BIG3 is shifting the NFT game by offering ownership rights such as licensing/IP, team voting/management, and merchandising.”