International Business Machines (IBM) has released quite in the shadow “Blockchain World Wire” or what it describes “the new financial rail that can simultaneously clear and settle cross-border payments in near real-time”.

The tech giant IBM has silently developed “Blockchain World Wire“, a product that will definitely compete with Ripple’s xRapid.

Here are two schemes taken from IBM’s website, presenting how the new system is set to work: 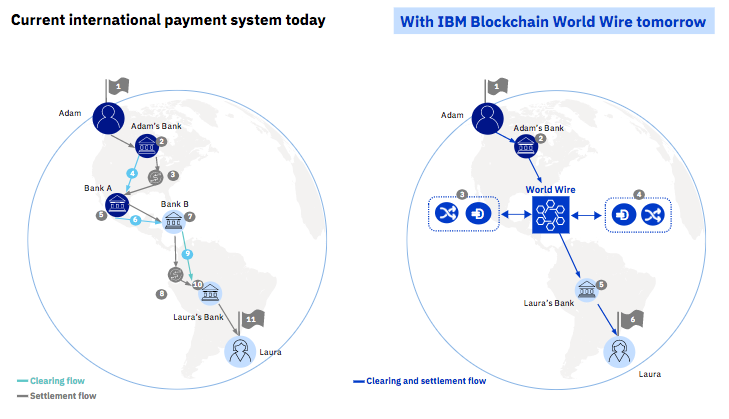 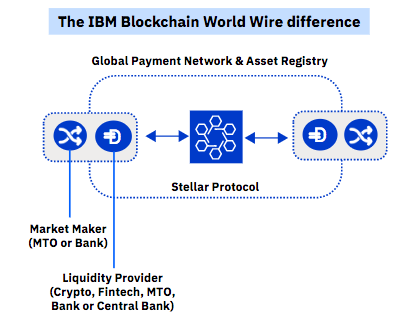 The cross-border payments realized via Blockchain World Wire are based on Stellar protocol. The process respects the following steps:

According to IBM, Blockchain World Wire boasts several comparative advantages over traditional payment options, such as:

No promotion was made

Surprisingly, none of the two collaborators IBM and the Stellar Development Foundation have made public a press release or shared a tweet about the new product. The reason could be that the feature is not officially launched-yet. The certain thing is that Blockchain World Wire is indeed using Stellar technology, developed by Jed McCaleb (co-founder of Ripple) and Joyce Kim.

Intentionally or not, Blockchain World Wire’s description seems to be quite similar to Ripple’s product known as xRapid. Notably, IBM’s feature will support any cryptocurrency-not only Ripple XRP.

The Stellar community is super excited given that Stellar Lumens XLM will be used as the bridge currency, while Ripple users are afraid that financial organizations might opt for Blockchain World Wire rather than xRapid.