Huobi Group, a global blockchain and cryptocurrency infrastructure provider, announced today that it has named Alex Pack as its Corporate Investment Advisor.

Join your industry leaders at the Finance Magnates Virtual Summit 2020: Register and vote for the FMLS awards

Pack brings a Western perspective and his varied experience as a seasoned crypto investor in the largest crypto companies, such as Polychain, Paradigm and others to the position. His role will be active across all of Huobi’s investment operations where he will work closely with Chief Investment Officer, Sharlyn Wu. These operations range from deal sourcing and due diligence to deal execution and portfolio support. Further, he will improve upon Huobi’s investment thesis and broaden its presence overseas. 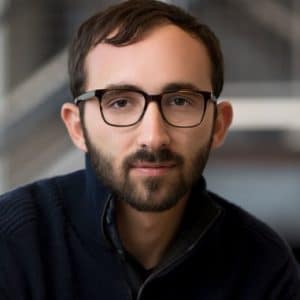 Before being named Huobi’s Corporate Investment Advisor, Pack was the Founding Partner of Dragonfly Capital. Located in San Francisco, he led the global venture firm for the crypto economy for two years.

Earlier on, Bain Capital Ventures appointed Pack as Director of Network Investing. From 2016, he led the early-stage technology investor across various sectors. Also, he was involved in founding the Network Investing program to invest in crypto and experimental finance models.

Prior to his time at Bain Capital, Pack served as a Partner for AngelList also in San Franciso but only for a year. Though his time was short, he still launched new BUs at the frontier of early-stage tech investing and was a seed investor in several startups.

The new hire arrives at a critical time for Huobi, which features a broad portfolio of crypto products and offerings, as it increases its efforts for global expansion on multiple fronts. The expansion, with tens of millions of dollars penned for venture investments, marks Huobi’s latest push to cultivate its ecosystem beyond Asia and support global blockchain innovation.

Sharlyn Wu, Huobi’s Chief Investment Officer, said: “Alex has one of the sharpest minds in crypto. Not only does he understand the macro impact of DeFi and crypto, he’s also able to drill down into the specifics of different projects.”

“Sharlyn and I have known each other for years, and I have always regarded her as one of the most long term, visionary crypto thinkers in China. That’s why I was excited when I heard that she was joining Huobi, which is one of the most important companies in crypto,” said Alex Pack, Huobi’s new Corporate Investment Advisor.