Former Central Intelligence Agency (CIA) Acting Director Michael Morell wrote a report titled “An Analysis of Bitcoin’s Use in Illicit Finance”. The ex-government employee had over 33 years working at the Agency.

Published by the Crypto Council for Innovation, Morell’s investigation attempts to disprove a thesis defended by many authorities around the world: Bitcoin is a tool to finance cybercrime and other illicit activities.

Morell considers Bitcoin to have a growing momentum and a spreading use as a store of value. Endorsed by companies like Tesla and MicroStrategy, the cryptocurrency is riding a major wave of adoption.

To achieve his goal, Morell consulted many experts in financial services, payment systems, global intelligence, even former senior government officials. The Ex-CIA director himself used to believe Bitcoin and cryptocurrencies are a convenient way of sending money anonymously.

However, the research made him changed his mind. He was able to reach important conclusions: Bitcoin’s use as an illicit finance tool is “significantly overstated” and:

The blockchain ledger on which Bitcoin transac-tions are recorded is an underutilized forensic tool that can be used more widely by law enforcement and the intelligence community to identify and dis-rupt illicit activities.

Bitcoin’s financial use is predominantly legal

The research conducted by the former CIA Director indicates that there is no data that supports two of the most common assertions regulators make when it comes to Bitcoin.

First, that its use for illicit financial transactions is growing. Second, that this is the cryptocurrency’s primary use case. The report says:

(…) the common belief that Bitcoin is both primarily and increasingly used for purposes of illicit finance is “un-informed and not based on data” and that “there are no numbers and no methodologies” supporting it. Results from the polemic analytics firm Chainalysis indicate that of Bitcoin’s total activity, dating from 2017 to 2020, less than 1% is used for non-legal purposes.

Further data provided by analytics firm CipherTrace claims that of BTC’s overall trading volume only 0.5% can be attributed to illicit activity. In contrast, fiat currencies’ use in non-legal transactions is estimated on the order of 2% to 4%. The report says:

A former CIA analyst added credence to the above estimates due in part to the difference in overall volume, most illicit activity still takes place in the traditional banking system and not via cryptocurrency.

Therefore, Morell concluded that illicit use of Bitcoin and cryptocurrencies is “not higher than it is in the traditional banking system”. 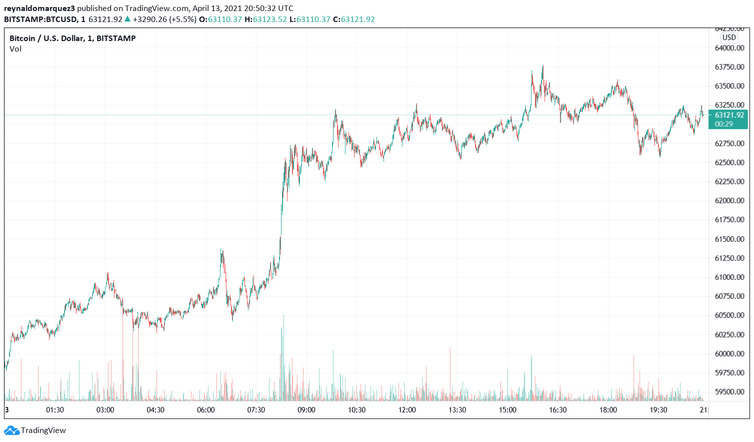