To the casual onlooker who happens to stumble across Crypto Twitter, it may seem like Bitcoin is more of a religion than a currency. People regularly quote the wise witticisms of mysterious Bitcoin creator Satoshi Nakamoto; they preach the doctrine of decentralization and financial freedom with gusto (or even aggression–just ask JK Rowling.)

And, just like every religion, Bitcoin also has its own set of esoteric holidays that may be a little bit confusing to people who aren’t steeped in the cultural traditions: for example, January 3rd, also known as the Proof-of-Keys day or “Bitcoin’s Birthday”, is a bit like Bitcoin Christmas–it’s the day that the first-ever block was mined on the Bitcoin network.

In any case, the tenth-ever Bitcoin Pizza Day is today: ten years ago, developer Laszlo Hanyecz exchanged 10,000 bitcoins for two pizzas; the toppings are rumoured to have been tomato slices, green peppers, onions, pepperoni, salami, olives, and sausage. At the time, these 10,000 BTC were worth a total sum of $28; today, 10,000 BTC is worth $90.7 million. 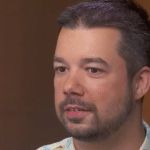 It was a dark and stormy night on BitcoinTalk, 10 years ago…

The day is said to not only be significant because of the fact that it was the “first-ever” Bitcoin transaction, but also because it was the first time that Bitcoins were ever assigned a “market price” to Bitcoin, just $0.0028 per BTC. (This “market price” was very unofficial by today’s standards.)

The transaction was also made rather “unofficially” by today’s standards; there were no payment rails or Bitcoin-to-fiat payment settlement services for merchants back in 2010, as there are today; in fact, Laszlo Hanyecz didn’t even pay a pizza restaurant directly.

It all started on May 18th, 2010, on the famous “BitcoinTalk” forum, which is where many Bitcoin traditions were established. Hanyecz made a legendary post in which he stated he wanted to exchange 10,000 BTC for 2 pizzas.

“I like having leftover pizza to nibble on later. You can make the pizza yourself and bring it to my house or order it for me from a delivery place, but what I’m aiming for is getting food delivered in exchange for bitcoins where I don’t have to order or prepare it myself, kind of like ordering a ‘breakfast platter’ at a hotel or something, they just bring you something to eat and you’re happy!” 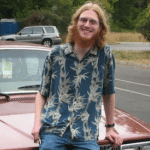 Ironically, it took a few days for someone to take him up on his offer. Jeremy Sturdivant (aka ‘jercos’), a fellow crypto enthusiast, agreed to the proposal, and the two made a deal. Sturdivant, assuming he kept some of those 10,000 BTC, could be one of the wealthiest independent pizza brokers of all time.

Is there a moral to this story? Maybe not. Today, it’s possible to buy a pizza with BTC just about anywhere in the world; there are crypto-based debit cards, payment apps, and other payment rails that will make it happen with ease.

But if somebody ever offers you 10,000 pieces of a mysterious and obscure digital currency in the future in exchange for two delicious pizza pies, it may be a good idea to say yes.