Gold Reserves to Bitcoin Reserves: Nick Szabo on Crypto in 2019

This Tuesday, as grey clouds hung over the skies of Tel Aviv and rain crashed on to the skyscrapers below, over a thousand people headed to the first Israel Bitcoin Summit. Front and centre at the event, which was held at Tel Aviv University, was Nick Szabo, an early pioneer in the blockchain space and a man many believe could actually be Bitcoin’s anonymous founder, Satoshi Nakamoto.

Via a lengthy presentation, Szabo outlined the history of currencies and examined parallels between different forms of cash that were used in the past and the current development of cryptocurrency as a medium of exchange.

More interesting for the purposes of us Finance Magnates hacks were Szabo’s predictions for the coming year.

Concluding his talk, Szabo said that he expects cryptocurrency use to grow in countries subject to conflict. He also noted that governments which badly mismanage their fiat currencies, though that could include every country in the world, can also expect to see more of their citizens turn to cryptocurrencies.

Both predictions are certainly valid. Ukraine, which is both wildly corrupt and engaged in a proxy war with Russia, has seen a huge uptick in cryptocurrency usage in the past 12 months.

At the same time, cryptocurrency has exploded in Venezuela and, if you wanted to find the paragon of fiat currency mismanagement, you would be hard pressed to find a better one than Hugo Chavez’s government.

In the same vein as Venezuela and Ukraine, Szabo also said that he thinks 2019 will see an increase in the use of cryptocurrency as a means of bypassing political blacklists.

We’ve arguably already started to see this in both Iran and Venezuela. Both countries have made noises about launching their own cryptocurrencies to bypass US sanctions. In the case of Iran, this could work but any form of currency issued by the Venezuelan government would be better used as toilet roll.

Szabo also claimed that central banks may start to supplement their gold reserves with cryptocurrency. 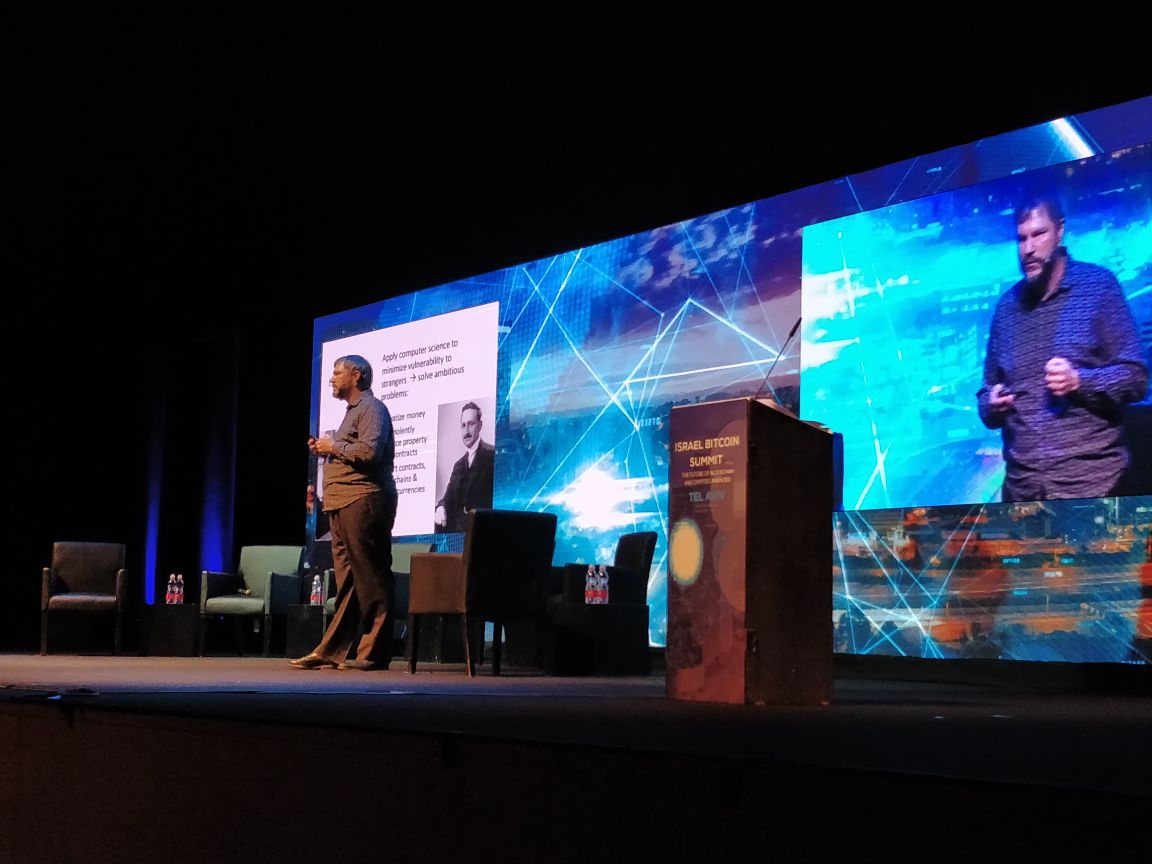 “The other problem with gold reserves is that they’re physically vulnerable. When the Nazis conquered countries in Europe, the first place they went to was a central bank’s gold reserves.”

Alongside his more politically oriented predictions, Szabo kept the techies in the conference crowd pleased with his suggestion that 2019 will see the adoption of more second tier solutions, such as the Lightning Network.

Without going into too much detail, these are essentially solutions that strengthen many of the weakness inherent to the Bitcoin blockchain.

The Lightning Network, for example, would allow two people to make payments to one another almost instantaneously – an important development for Bitcoin considering how slow and expensive transactions using the cryptocurrency have become.