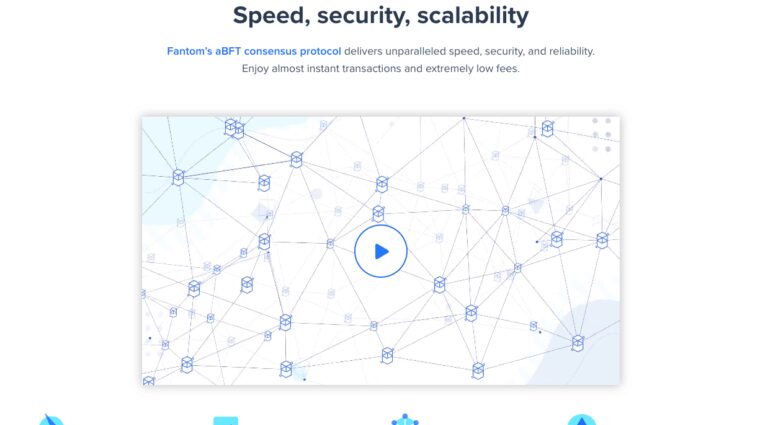 Earlier today, Austin Barack, Principal (Venture & Liquid Investments) at CoinFund, explained why Fantom ($FTM) “should be on everyone’s list of key projects to watch” in 2022.

CoinFund, which was founded in 2015 and is headquartered in New York City and Miami, has “evolved a combined venture, liquid, and cryptonative strategy to grow with an ever changing ecosystem.” This “multi-strategy approach means CoinFund invests in trends early and at key junctions as blockchain technology converges with the mainstream world.”

Here is a little introduction by the Fantom team to this exciting crypto project:

“Fantom is a high-performance, scalable, and secure smart-contract platform. It is designed to overcome the limitations of previous generation blockchain platforms. Fantom is permissionless, decentralized, and open-source. Lachesis, its revolutionary aBFT consensus mechanism, allows Fantom to be much faster and cheaper than older technologies, yet extremely secure.“

Back in November, Crypto analyst and influencer “Guy,” who hosts the popular YouTube channel “Coin Bureau”, released a YouTube video in which he called Fantom’s medium sized market capitalization attractive for new investors and said the project’s fundamentals are “significantly stronger” than other cryptoassets on the market.

As reported by The Daily Hodl, Guy stated:

Guy went on to explain the network’s minting process, saying that all new $FTM coins coming to the market are being generated as staking rewards. The host said the continued minting would introduce a “small amount of sell pressure” that would be easily offset by demand coming from the platform’s userbase and investors.

Coin Bureau’s host also noted that the Fantom Foundation offers a massive developer fund, with funds being vested to devs monthly over the course of one year.

According to Guy, more than half of Fantom’s circulating supply is being staked:

“And I’m sure most of it is being staked for more than the bare minimum. This reduction in available supply further increases FTM’s ability to fly.“

He went on to say:

He then talked about growth catalysts such as Fantom Foundation’s “Ecosystem Incentive Program”, Frog Nation, Team & Community, and Andre Cronje.

He concluded his amazing tweetstorm by talking about the L1 narrative: