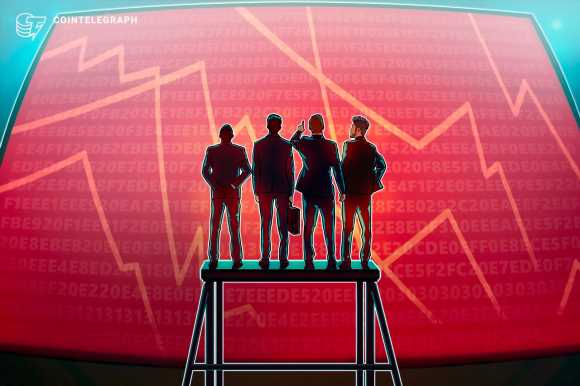 It appears there is no respite anywhere in the crypto realm in the face of Monday’s extraordinary market sell-off. Based on data from NFT Price Floor, the floor prices for Bored Ape Yacht Club (BAYC) and CryptoPunks, two of the most popular nonfungible token, or NFT, collections on the market, have fallen to 74 ETH ($92,223) and 48 ETH ($69,473), respectively.

In comparison, pieces in the BAYC collection had an all-time high floor price of 153.70 ETH, while the same metric amounted to 123 ETH for CryptoPunks. The data aggregator tracks 380 collections with a total market cap of $5.58 billion at the time of publication.

The sell-off among NFTs was partly exacerbated by a warning just a day prior, where Gordon Goner, co-founder of Yuga Labs — the firm owning both BAYC and CryptoPunks collections — issued a warning regarding an “imminent” attack on social media accounts operating under the firm’s umbrella.

The incoming attack allegedly has the support of an insider from Twitter who would help bypass the security of the accounts. Yuga Labs’ social accounts had been compromised three times already this year, some of which involved sophisticated phishing attacks that drained millions of dollars worth of users’ NFTs.

Meanwhile, according to DappRadar, the number of users on OpenSea.io, the largest NFT marketplace by volume, has fallen 14% in the past month. Simultaneously, monthly trading volume fell 65% to $500 million. Interestingly, the number of transactions increased month over month by 6.4%, possibly due to the sheer number of users seeking to sell their NFT collections at a better price.

Lates News:
2022-06-13
Previous Post: Can You Use Crypto For A Live Casino Game?
Next Post: Celsius’ Woes and Rampant Inflation Prompts Extreme Fear