Eth2 transition accelerates amid rumblings of a miner rebellion 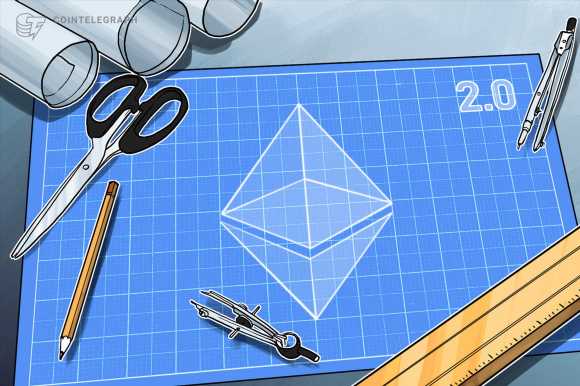 Ethereum’s developers appear to be hastening the network’s shift toward Proof-of-Stake consensus and away from the Proof-of-Work mining community.

On March 11, developer “Mikhail Kalinin” published specifications for Eth2’s future blockchain merge with the existing Ethereum network. The documentation notes the consensus upgrade from PoS to PoW will be the core change enacted.

The publication of specs comes as tensions between Ethereum miners and developers ramp up. Miners stand to lose significant revenue with the transition to proof-of-stake, while Ethereum’s developers are keen to ameliorate the persistently high fees and congestion on Ethereum.

While the proposal is expected to discipline Ethereum’s surging fees, 1559 could reduce miner revenue by as much as 50%. As such, some miners responded to the news by planning a “show of force,” advocating for Ethereum miners to redirect their hash power to the 1559-opposed mining pool Ethermine for 51 hours on April 1.

However, the core developers appear to have been prepared for the miner-backlash. Last month, Ethereum co-creator, Vitalik Buterin said on Chinese social media (reposted by Wu Blockchain) that if miners threaten a 51% attack, “we will all move to PoS as soon as possible.”

Developers also paired EIP-1559 with a delay to the difficulty bomb in July’s London upgrade in order to make a hard fork less likely. And as Redditor Always_Question pointed out in a Reddit post arguing for the Merge to be prioritized: “Having the Merge at the ready provides a fallback for the community should a cartel of miners collude to neutralize the positive effects of EIP 1559.”

Earlier this week, Buterin revealed that Eth2’s developers have been prioritizing the chain merge over implementing sharding, with his comments on Chinese social media suggesting the focus on merging may be motivated by a desire to minimize the potential impacts of resistance from miners.

Buterin also noted that second-layer scaling solutions will launch in the coming months. Predicting that Optimism’s rollups will facilitate an increase in transactional throughput by a factor of 100, Buterin asserted that layer-two solutions will sufficiently scale Ethereum until sharding is implemented.