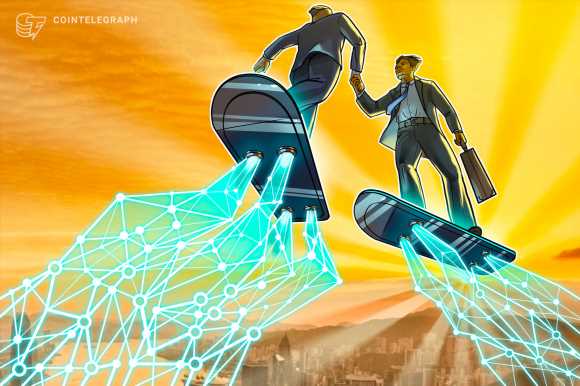 ESPN and Autograph, the nonfungible token (NFT) platform co-founded by Tom Brady, announced a multi-year partnership on Wednesday that kicks off with a documentary release and an NFT collection. A 10-part ESPN+ documentary series called “Man in the Arena: Tom Brady” chronicles the milestones of the NFL legend’s career through a psychological and emotional lens. The docuseries is produced by Religion of Sports, a media company in which Brady is also a co-founder.

Autograph and Religion of Sports designed the “Man in the Arena: Tom Brady Collection” to be ESPN’s first series of NFT collectibles. Dropping at the same time on Wednesday, the documentary is available to subscribers across the Disney streaming bundle — ESPN+, Hulu and Disney+ while the NFT collection is available to view on Autograph.io and for sale on DraftKings Marketplace.

The collection consists of three magazine covers from ESPN’s special edition December issue, which included 14 stories that ESPN had written on Tom Brady. Fifty editions of those NFT covers will be signed by Brady. Once the tenth and last episode of the docuseries airs, a second NFT collection called “Back in the Arena” will also drop.

Dillon Rosenblatt, co-founder and chief executive officer at Autograph, said in a statement that “As the first NFT partner for ESPN, the possibilities across sports and technology are endless, and we couldn’t be more excited to get this content out to the world in a massive way.”

While die-hard Tom Brady fans may be excited about his new show and NFT collection, others expressed their concernsabout the partnership on Twitter under ESPN’s tweet. The comments included statements like, “Nobody asked for this, ESPN” and “I still don’t know what an NFT is” to GIFs depicting dislike.

ESPN recently launched the ESPN Edge Innovation Center in Collaboration with Disney Media & Entertainment Distribution to pursue technology partnerships such as this one with Autograph. In addition to Web3 experiences, ESPN intends to leverage augmented and virtual reality to interact with sports fans in new and engaging ways, said the company.

From sponsorships in F1 to popular NFT trading cards like NBA Top Shot and to crypto companies renaming sports arenas, the sports industry has largely embraced Web3 and NFT initiatives. A recent PwC report even called NFTs “the future of digital assets in sports.”