EOS had recent positive fundamental developments that propelled price upward for the asset, although there were some signs of bearishness. VeChain faced significant resistance to any immediate hike in price and might lose a level of support if Bitcoin headed south. BitTorrent had a healthy amount of buyers in the market and might be working on reversing its longer-term downtrend. 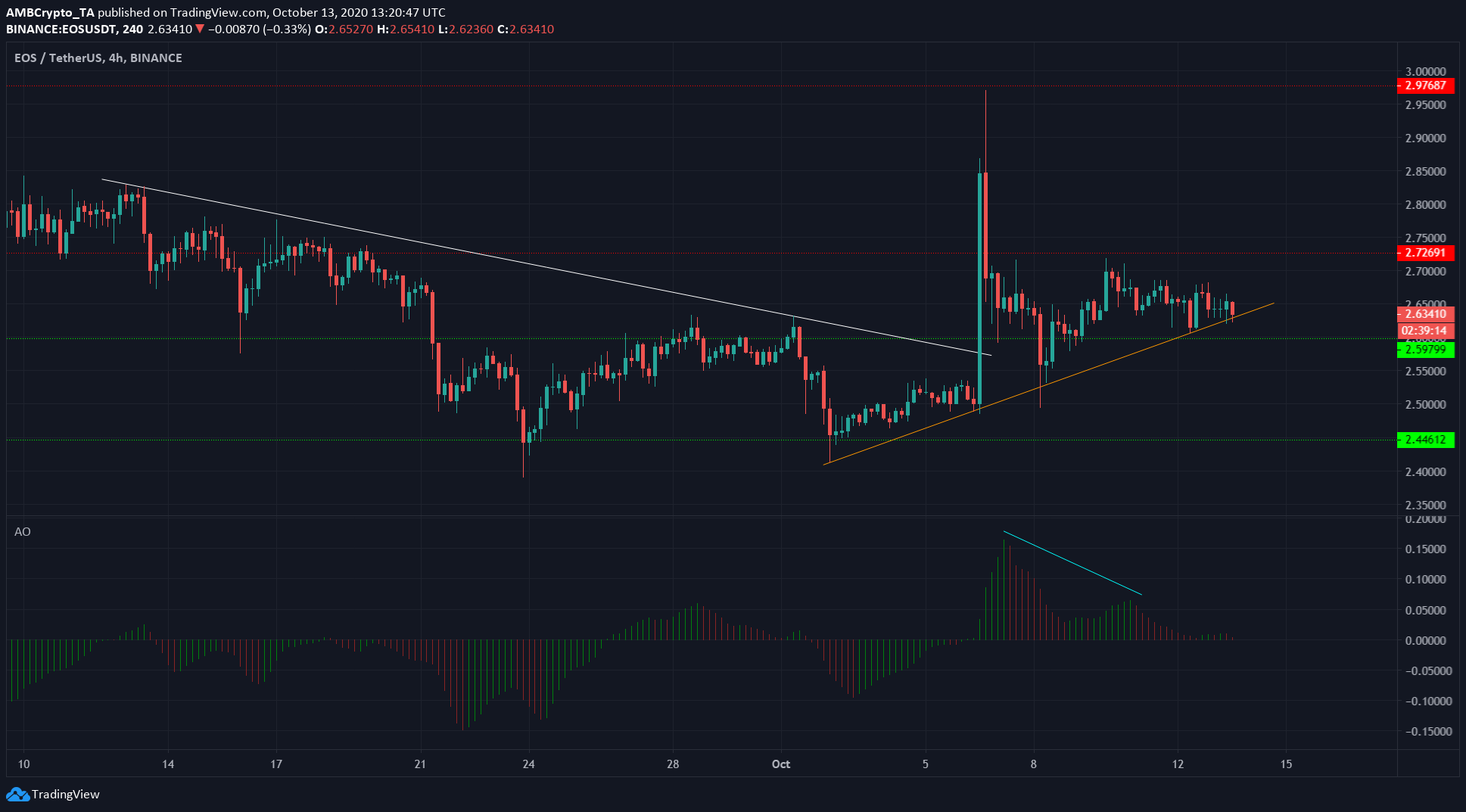 EOS was trading beneath the descending trendline (white) and threatened to drop beneath $2.44 support, but the news that Google Cloud would become an EOS block producer pumped the price neat $2.85.

It corrected to support at $2.59 and was in an uptrend (orange), although it was possibly headed beneath trendline support as well as the level beneath.

Awesome Oscillator showed the formation of bearish twin peaks. This might have played out already, forcing EOS to test trendline support. But the bearishness could also possibly extend further in the near term.

In related news, Bitfinex announced the launch of perpetual swaps settled in USDT for EOS. 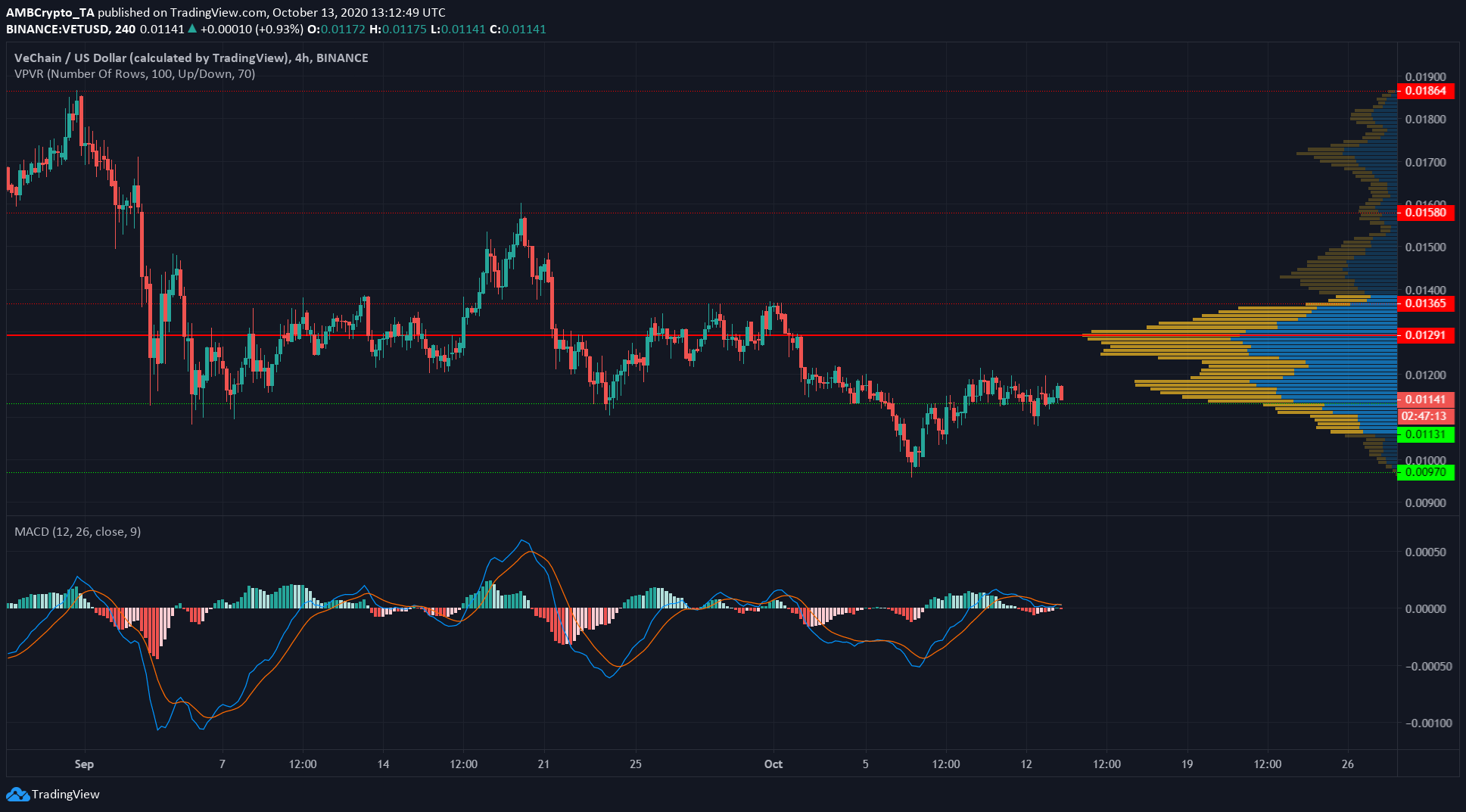 VeChain dipped to $0.0097 level before surging to $0.012. At press time, VET straddled region of support at $0.011. The visible range showed that there was substantial resistance to the asset. 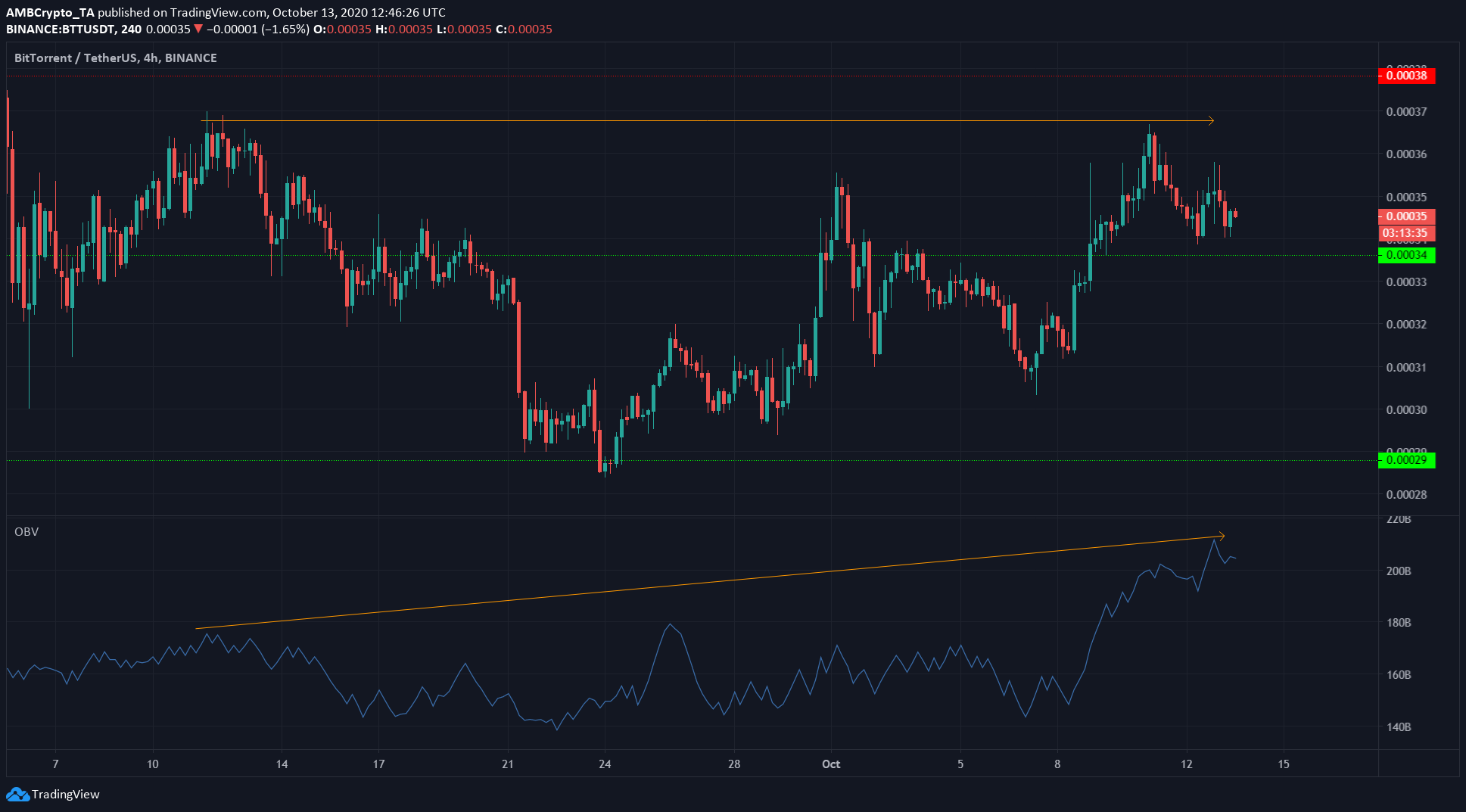 BitTorrent had been making strong gains since hitting support at $0.00029. The price has trended upward, setting higher lows and flipping to support the level at $0.00034.

A more interesting observation was on the OBV. It showed that buying volume has been increased since early September, while the price was yet to breach the same.

While this does not guarantee bullishness for the asset, it indicated that the asset’s gains in the past couple of days were backed by strong buyer interest.