EOS [EOS] has been on a total market win-over as it has taken the 5th place from Litecoin that was thought to be cemented position for the Silver coin. The token price EOS is changing hands just below the $11.00 against the US Dollar with 11.11% gain in the last 24-hours. 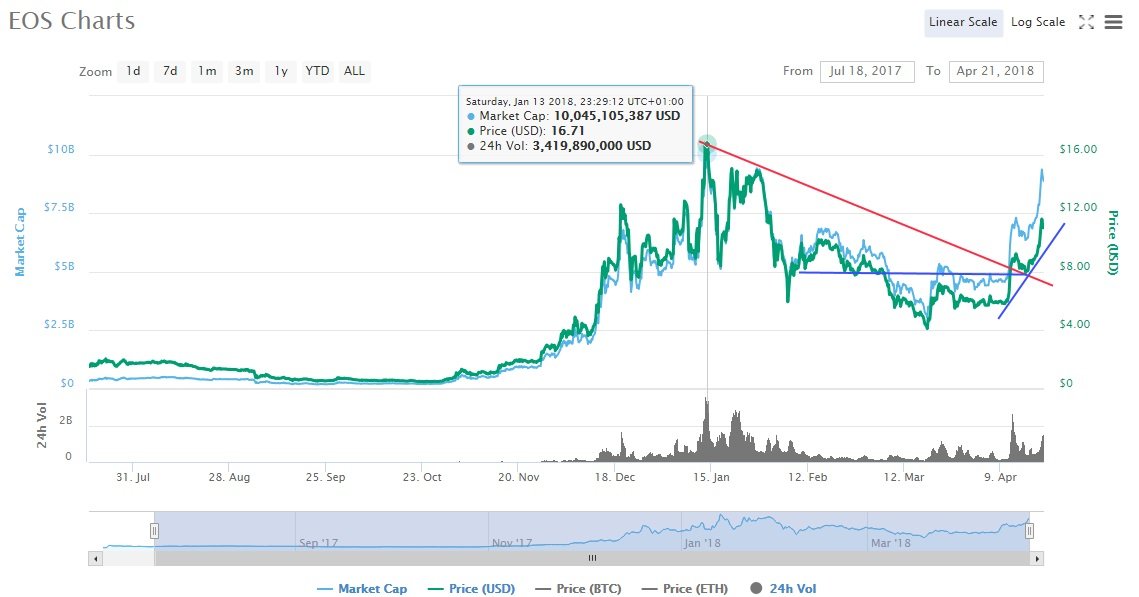 With the most recent surge that EOS has experienced, its declining trend since the all-time high in mid-January of $16.80 has been cleared which instantly impacted the spiky rise of a bullish path that could lead to a retest of the record mark. In any case of failure, the $8.00 level will make sure not to let any further losses in value and a great opportunity for buyers to step in again.

Day by day, we see cryptocurrencies slowly but steadily progressing towards crossing the gap between blockchain technology and digital assets and the “real life” applicable usage of this technology. Ethereum is included in one of such cases, where its technology will be put to use to meet real-life requirements, specifically meeting the requirement of creating an easier way of space navigation and communication.

The National Aeronautics and Space Administration (NASA) and Researcher at the University of Akron (UA) are researching on using Ethereum Blockchain Technology to enhance space communications and navigation.

A statement by the university revealed that  Dr. Jin Wei Kocsis, assistant professor of electrical and computer engineering, received a three-year, $330,000 Early Career Faculty grant from NASA to lead a research on “Resilient Networking and Computing Paradigm (RNCP)” using the blockchain technology behind “smart contracts”.