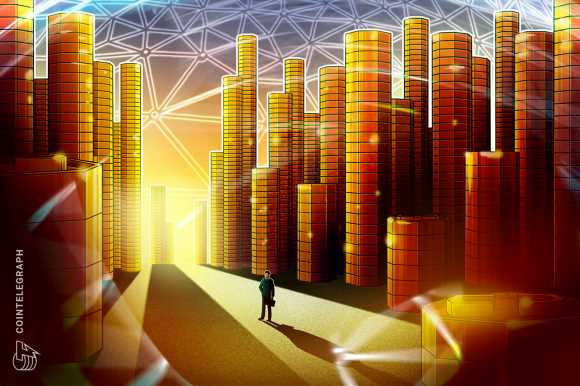 Venture capital (VC) firms focused on Web3 projects and crypto businesses are accumulating billions of dollars worth of assets under management as more capital is injected into the sector.

The assets under management figure for Web3 and crypto investment firm Paradigm has recently been revealed. Filings show that the firm has $13.2 billion in assets, a growth of 343% compared to the $2.98 billion reported in a filing in December 2020.

The filings were reviewed by business journalist Eric Newcomer. Writing for his newsletter, he looked at recent applications with the U.S. Securities and Exchange Commission (SEC) for some of the biggest venture capital firms in the Web3 and crypto sectors.

To be registered as an “investment advisor,” these firms must disclose their regulatory assets under management with the SEC.

Sequoia Capital and Tiger Global also posted some big numbers, with $85.5 billion and $124.7 billion respectively, Tiger seeing a 58% increase from $79.1 billion in its filings from last year.

The findings come after a recent report that venture capital money is pouring into crypto. In 2021, $25.2 billion worth of venture capital funding went to global blockchain startups, a 713% increase from the $3.1 billion in 2020.

Related: Blockchain.com’s value rockets to $14B after new funding round: Reports

Expectations could be greater for 2022. In January, a16z revealed that it is gearing up to raise $4.5 billion for its latest fund focused on cryptocurrencies. Venture capital firms are also keenly looking at Solana’s NFT offerings for further opportunities.

The Solana network offers significantly lower transaction costs than Ethereum at faster speeds, and a few Solana-based gaming and NFT companies are seeing big money from VCs, according to reports.

Fractal, a Solana NFT gaming marketplace, raised $35 million on Friday, April 1st, in a round led by Paradigm with participation from a16z. Magic Eden, a popular Solana NFT market, raised $27 million in a Series A round in mid-March, also led by Paradigm, with other funds coming from Sequoia Capital.