It feels like Ethereum 2.0 is taking an eternity to rollout. But, following months of testnet runs, it finally looks as though Phase 0 is nearing the finish line to launch.

Phase 0 refers to developing the framework for running the proof-of-stake mechanism. It will set in place registry for staking validators, meaning full staking functionality won’t be available at this stage.

“The first part of Eth2 to ship will be the beacon chain. It won’t be fully operational right away because there won’t be any shard chains, so there’ll be nothing to keep in sync other than itself. Remember, the beacon chain’s main role in Eth2 is making sure all the shards have the most up-to-date data.”

Originally scheduled for release in January 2020, a series of delays, and even a crash of the Medalla testnet has investors growing increasingly restless over the holdup.

And with Ethereum transaction fees the highest they have ever been, the community is crying out for progress towards finishing ETH 2.0.

With that, core developer Danny Ryan posted an update suggesting that things on track for the November rollout. 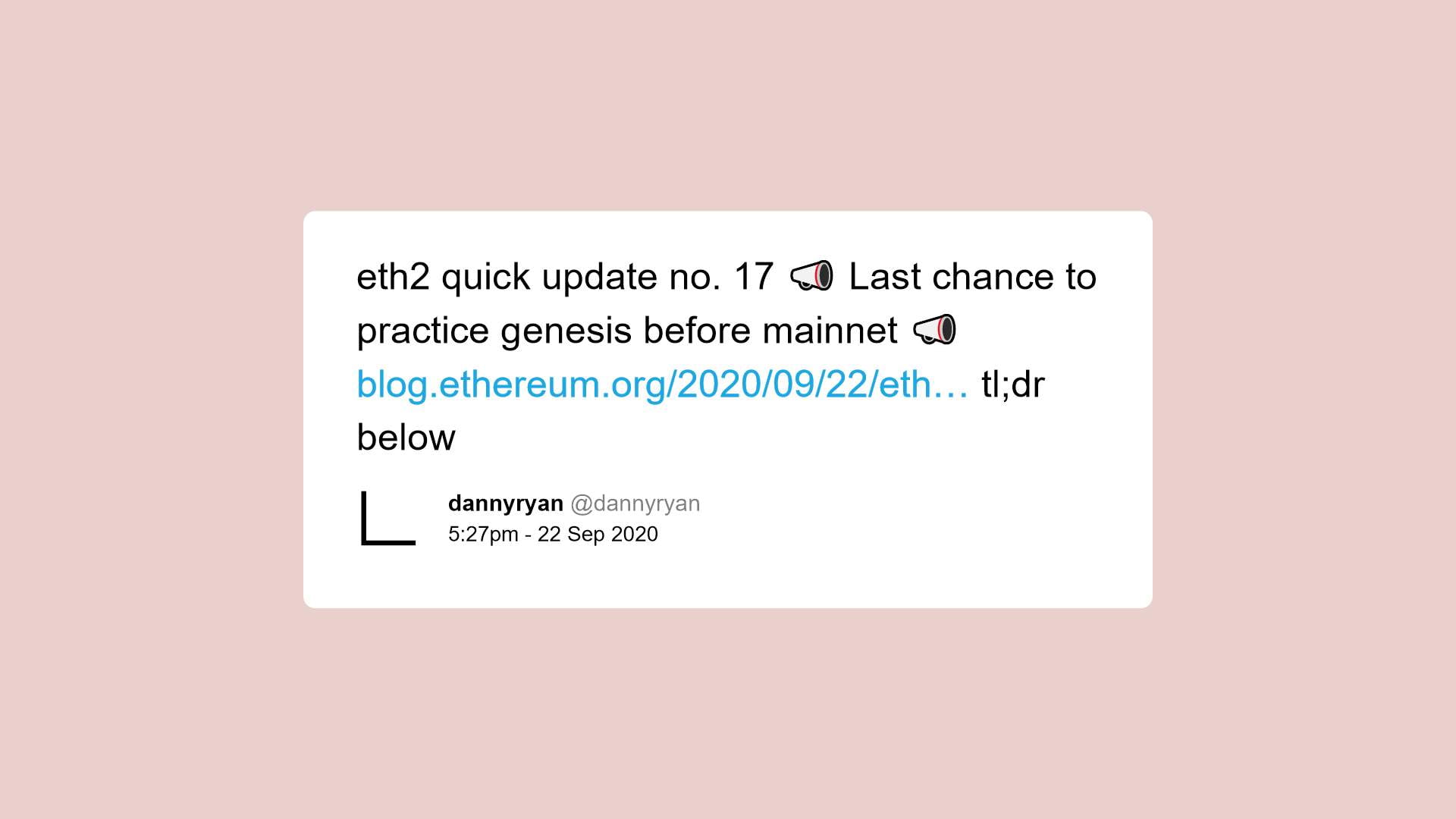 Three areas of interest were mentioned in Ryan’s update. Most significant was information on the Spadina launchpad.

Spadina is a mainnet-configuration test network that will last just three days starting on September 29. Ryan describes it as “a rapid-fire dress-rehearsal eth2 testnet.”

Its purpose is to test deposits and genesis configurations ahead of the mainnet launch.

“The main objective is to give us all another chance to go through one of the more difficult and risky parts of the process – deposits and genesis – before we reach mainnet. If all goes well, it should give us greater peace of mind before we jump into the real deal later this year.”

In addition, Ryan also mentioned they have just completed an audit of the deposit CLI function. This refers to a command-line program to generate Eth2 validator keys.

A number of issues were discovered that needs rectifying, such as naming conventions, file permission settings, and unsafe parameters. Updates on how the team is progressing with this can be found here.

“The cli development team is currently working through the 10 findings and code quality recommendations found in the report.”

And finally, Ryan mentioned that last week’s release of Ethereum Improvement Proposal (EIP) 2982: Serenity Phase 0 had triggered a series of debates among the editors.

But the finer details regarding the final v1.0 mainnet parameters and the launch of the deposit contract still require thrashing out.

With that, the Ethereum team looks to be on the home straight in making final preparations for Phase 0 launch.