BofA Survey Shows "Long Bitcoin" Is the Most Crowded Trade 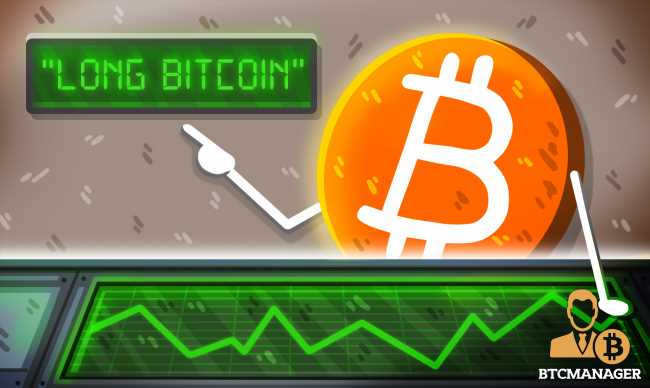 In a recent survey conducted by the Bank of America (BofA), “long bitcoin” toppled “long tech” as the most “crowded trade”.

According to Reuters on Tuesday (Jan  19, 2021), the BofA’s fund manager survey (FMS) for January 2021 revealed that 36 percent of FMS investors surveyed ranked long bitcoin bet as the most crowded trade.

A similar survey was conducted in December 2020, with long bitcoin emerging as the third most crowded trade. The January report is remarkable, as it is the first time long bitcoin is surpassing long tech’s position since October 2019.

Meanwhile, the recent FMS survey showed “short US dollar” was the third busiest trade. This development reinforces the growing jettisoning of cash seen in the Dec. 2020 survey.

At the time, it was the first instance of asset managers abandoning cash for risk-on positions in seven years. The DXY U.S. dollar index experienced a decline in 2020, falling from its March peak, with the COVID-19 pandemic, vaccine trials, and quantitative easing as contributing factors.

Long bitcoin’s number one position signals a bullish attitude by institutional investors towards the largest crypto asset. As previously reported by BTCManager, asset managers, hedge funds, and insurance companies, as well as wealthy individuals have pumped money into Bitcoin.

Microstrategy has been purchasing bitcoin since its initial buy-in in August 2020, with over 70,000 BTC in its portfolio. Other major companies like Ruffer Investment, Guggenheim have invested part of their funds into Bitcoin.

Reuters also reported a similar survey carried out by Deutsche Bank. According to the report, over 50 percent of fund managers surveyed believe that bitcoin was in a bubble. The survey also showed that the participants predicted that the price of Bitcoin would lose 50 percent of its value within one year.

After crashing in Mar. 2020, BTC has been on a tear, breaking its 2017 price record on the road to crossing the $40,000 price mark. The top-ranked crypto is currently consolidating above the $36,000 level with JP Morgan analysts highlighting the need for a retake of $40,000 to prevent short-term bull fatigue and another 30 percent correct.

Lates News:
2021-01-20
Previous Post: Biden Enters the White House: What Does this Mean for Crypto in the US?
Next Post: Major Darknet Marketplace for Stolen Cards Shuts Down After Making Over $1 Billion in Bitcoin – Featured Bitcoin News