Dapper Labs, a blockchain-based collectible platform and the startup behind NBA Top Shot, announced that the company has raised $305 million in its latest funding round. The company is planning to use fresh funds for global expansion.

According to an official announcement, the latest funding round was led by the tech-focused investment firm Coatue. The blockchain startup received a valuation of nearly $2.6 billion. Dapper Labs has received a total of $357 million in funding to date.

Apart from Coatue, prominent celebrities like Michael Jordan, Kevin Durant, Alex Caruso, Klay Thompson, Andre Iguodala, and several other professional MLB and NFL athletes also participated in the latest funding round. The demand for NBA Top Shot has surged in recent months due to the booming non-fungible tokens (NFTs) market.

Commenting on the recent announcement, Roham Gharegozlou, CEO of Dapper Labs, said: “NBA Top Shot is successful because it taps into basketball fandom, it’s a new and more exciting way for people to connect with their favorite teams and players. We want to bring the same magic to other sports leagues as well as help other entertainment studios and independent creators find their own approaches in exploring open platforms.”

According to the details published on the website of Dapper Labs, NBA Top Shot has generated a total of approximately $500 million in sales. The platform also executed nearly 3 million transactions. Dapper Labs is also behind the blockchain platform CryptoKitties but NBA Top Shot remained the best performing platform for the company in the last few months amid huge interest from fans. “NBA Top Shot is one of the best demonstrations we’ve seen of how quickly new technology can change the landscape for media and sports fans. We’re excited to follow the progress with everything happening on Flow blockchain and use our platform with the Boardroom to connect with fans in a new way,” Kevin Durant mentioned in the official announcement. 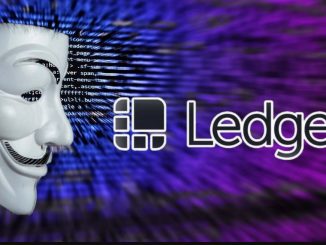